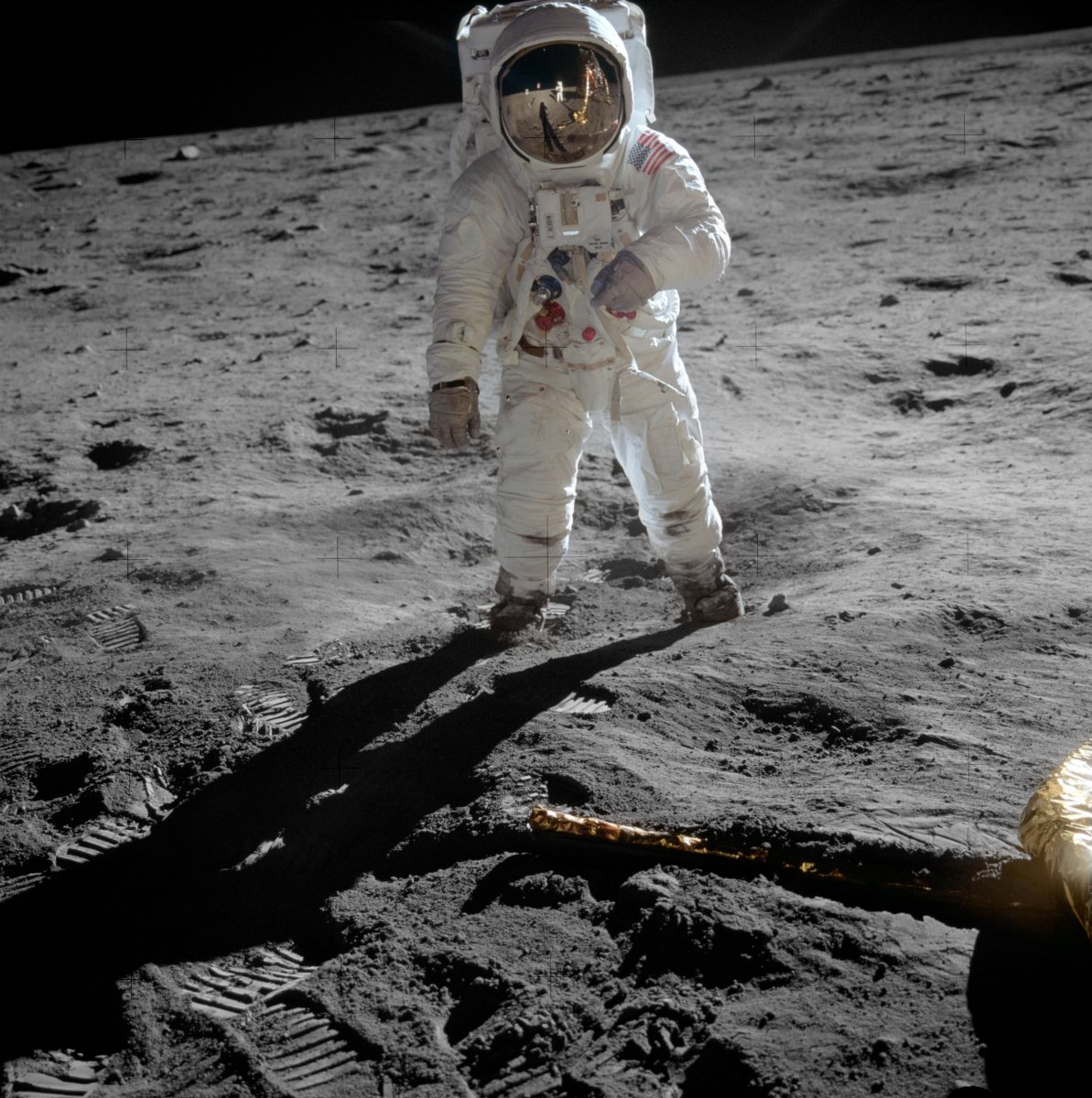 The Apollo 11 astronauts enjoy a ticker tape parade in New York City.[3] That evening, at a state dinner in Los Angeles, they are awarded the Presidential Medal of Freedom by U.S. President Richard Nixon.[4]

A ticker-tape parade is a parade event held in a built-up urban setting, allowing large amounts of shredded paper (originally actual ticker tape, but now mostly confetti) to be thrown from nearby office buildings onto the parade route, creating a celebratory effect by the snowstorm-like flurry. The concept originates from and is most usually associated with the United States, especially with New York City. Outside the United States, ticker tape is often associated with the 1978 FIFA World Cup held in Argentina.

Apollo 11 (July 16–24, 1969) was the American spaceflight that first landed humans on the Moon. Commander Neil Armstrong and lunar module pilot Buzz Aldrin landed the Apollo Lunar Module Eagle on July 20, 1969, at 20:17 UTC, and Armstrong became the first person to step onto the Moon's surface six hours and 39 minutes later, on July 21 at 02:56 UTC. Aldrin joined him 19 minutes later, and they spent about two and a quarter hours together exploring the site they had named Tranquility Base upon landing. Armstrong and Aldrin collected 47.5 pounds (21.5 kg) of lunar material to bring back to Earth as pilot Michael Collins flew the Command Module Columbia in lunar orbit, and were on the Moon's surface for 21 hours, 36 minutes before lifting off to rejoin Columbia.

Apollo 11 was launched by a Saturn V rocket from Kennedy Space Center on Merritt Island, Florida, on July 16 at 13:32 UTC, and it was the fifth crewed mission of NASA's Apollo program. The Apollo spacecraft had three parts: a command module (CM) with a cabin for the three astronauts, the only part that returned to Earth; a service module (SM), which supported the command module with propulsion, electrical power, oxygen, and water; and a lunar module (LM) that had two stages—a descent stage for landing on the Moon and an ascent stage to place the astronauts back into lunar orbit.

After being sent to the Moon by the Saturn V's third stage, the astronauts separated the spacecraft from it and traveled for three days until they entered lunar orbit. Armstrong and Aldrin then moved into Eagle and landed in the Sea of Tranquility on July 20. The astronauts used Eagle's ascent stage to lift off from the lunar surface and rejoin Collins in the command module. They jettisoned Eagle before they performed the maneuvers that propelled Columbia out of the last of its 30 lunar orbits onto a trajectory back to Earth. They returned to Earth and splashed down in the Pacific Ocean on July 24 after more than eight days in space.

Armstrong's first step onto the lunar surface was broadcast on live TV to a worldwide audience. He described the event as "one small step for [a] man, one giant leap for mankind." Apollo 11 effectively proved US victory in the Space Race to demonstrate spaceflight superiority, by fulfilling a national goal proposed in 1961 by President John F. Kennedy, "before this decade is out, of landing a man on the Moon and returning him safely to the Earth."