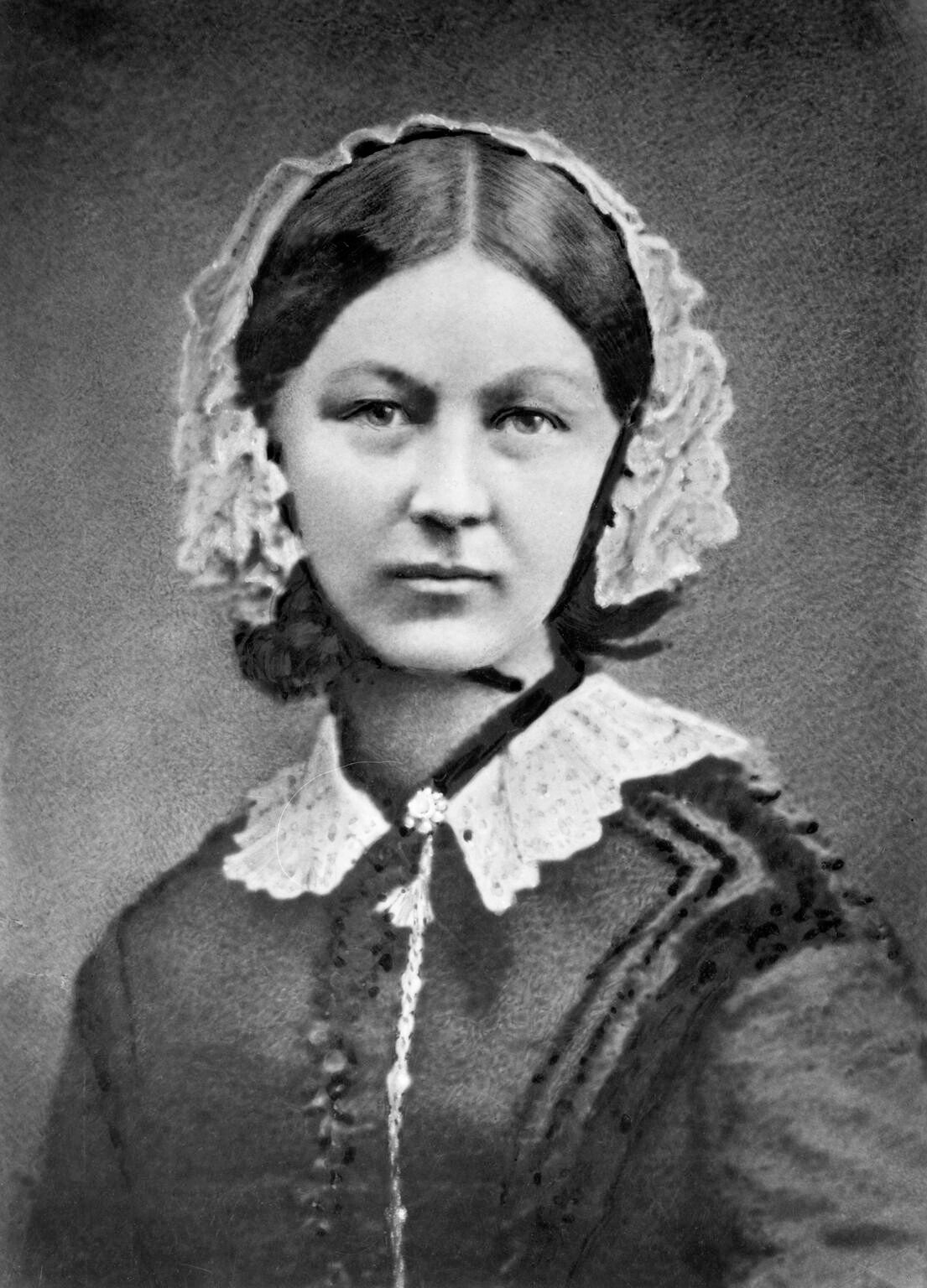 Florence Nightingale, Italian-English nurse and theologian (b. 1820)
Florence Nightingale (; 12 May 1820 – 13 August 1910) was an English social reformer, statistician and the founder of modern nursing. Nightingale came to prominence while serving as a manager and trainer of nurses during the Crimean War, in which she organised care for wounded soldiers at Constantinople. She gave nursing a favourable reputation and became an icon of Victorian culture, especially in the persona of "The Lady with the Lamp" making rounds of wounded soldiers at night.Recent commentators have asserted that Nightingale's Crimean War achievements were exaggerated by the media at the time, but critics agree on the importance of her later work in professionalising nursing roles for women. In 1860, she laid the foundation of professional nursing with the establishment of her nursing school at St Thomas' Hospital in London. It was the first secular nursing school in the world, and is now part of King's College London. In recognition of her pioneering work in nursing, the Nightingale Pledge taken by new nurses, and the Florence Nightingale Medal, the highest international distinction a nurse can achieve, were named in her honour, and the annual International Nurses Day is celebrated on her birthday. Her social reforms included improving healthcare for all sections of British society, advocating better hunger relief in India, helping to abolish prostitution laws that were harsh for women, and expanding the acceptable forms of female participation in the workforce.

Nightingale was a pioneer in statistics; she represented her analysis in graphical forms to ease drawing conclusions and actionables from data. She developed a form of the pie chart now known as the polar area diagram, also called the Nightingale rose diagram, equivalent to a modern circular histogram. This diagram is still regularly used in data visualisation.

Nightingale was a prodigious and versatile writer. In her lifetime, much of her published work was concerned with spreading medical knowledge. Some of her tracts were written in simple English so that they could easily be understood by those with poor literary skills. She was also a pioneer in data visualization with the use of infographics, using graphical presentations of statistical data in an effective way. Much of her writing, including her extensive work on religion and mysticism, has only been published posthumously.