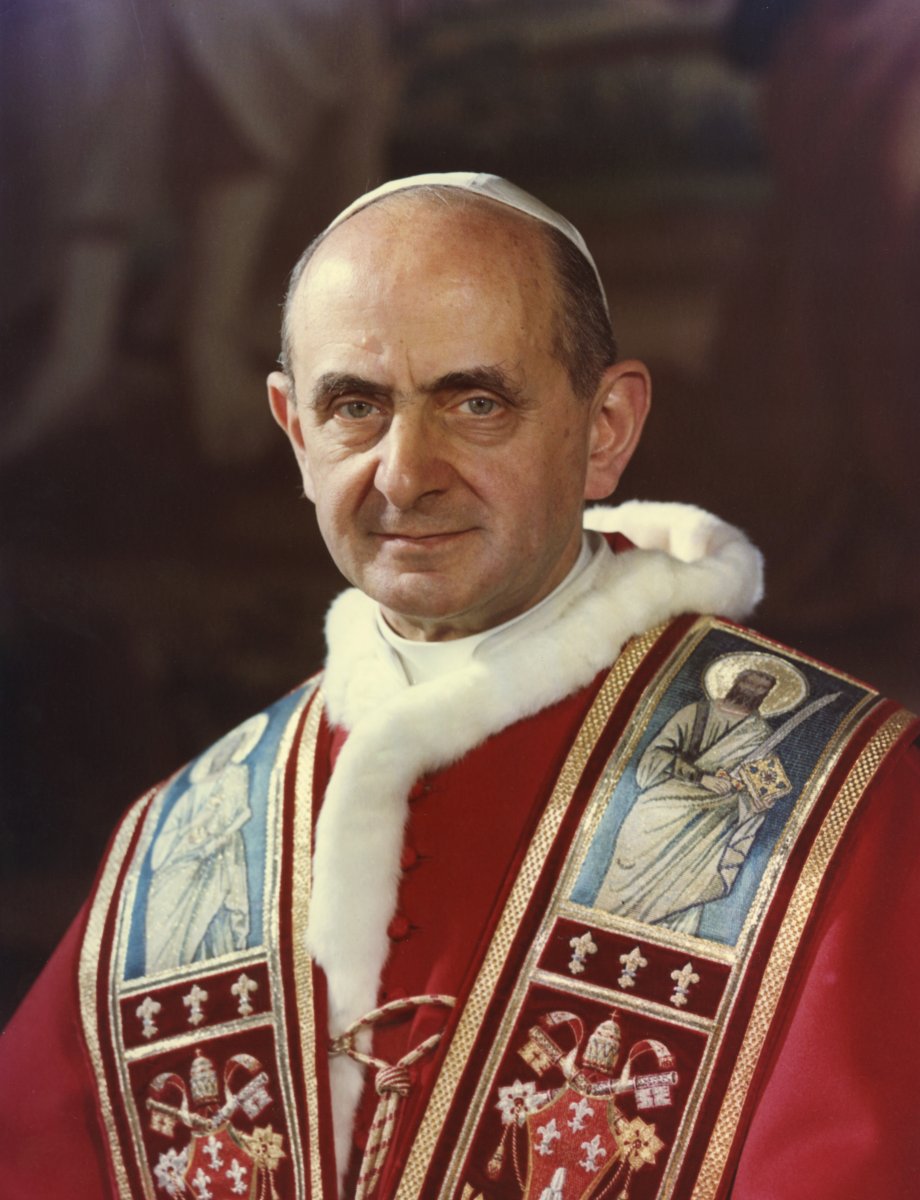 Pope Paul VI (b. 1897)
Pope Paul VI (Latin: Paulus VI; Italian: Paolo VI; born Giovanni Battista Enrico Antonio Maria Montini, Italian: [dʒoˈvanni batˈtista enˈriːko anˈtɔːnjo maˈriːa monˈtiːni]; 26 September 1897 – 6 August 1978) was head of the Catholic Church and sovereign of the Vatican City State from 21 June 1963 to his death in 1978. Succeeding John XXIII, he continued the Second Vatican Council, which he closed in 1965, implementing its numerous reforms. He fostered improved ecumenical relations with Eastern Orthodox and Protestant churches, which resulted in many historic meetings and agreements.Montini served in the Holy See's Secretariat of State from 1922 to 1954. While in the Secretariat of State, Montini and Domenico Tardini were considered to be the closest and most influential advisors of Pope Pius XII. In 1954, Pius named Montini Archbishop of Milan, the largest Italian diocese. Montini later became the Secretary of the Italian Bishops' Conference. John XXIII elevated him to the College of Cardinals in 1958, and after the death of John XXIII, Montini was considered one of his most likely successors. Upon his election to the papacy, Montini took the name Paul VI.

He re-convened the Second Vatican Council, which had automatically closed with the death of John XXIII. After the council had concluded its work, Paul VI took charge of the interpretation and implementation of its mandates, often walking a thin line between the conflicting expectations of various groups within Catholicism. The magnitude and depth of the reforms affecting all fields of church life during his pontificate exceeded similar reform programmes of his predecessors and successors. Paul VI spoke repeatedly to Marian conventions and Mariological meetings, visited Marian shrines and issued three Marian encyclicals. Following Ambrose of Milan, he named Mary as the Mother of the Church during the Second Vatican Council. Paul VI described himself as a humble servant for a suffering humanity and demanded significant changes from the rich in North America and Europe in favour of the poor in the Third World. His positions on birth control, promulgated famously in the 1968 encyclical Humanae vitae, were often contested, especially in Western Europe and North America. The same opposition emerged in reaction to the political aspects of some of his teaching.

Following the standard procedures that lead to sainthood, Pope Benedict XVI declared that the late pontiff had lived a life of heroic virtue and conferred the title of Venerable upon him on 20 December 2012. Pope Francis beatified him on 19 October 2014 after the recognition of a miracle attributed to his intercession. His liturgical feast was celebrated on the date of his birth on 26 September until 2019 when it was changed to the date of his sacerdotal ordination on 29 May. Pope Francis canonised Paul VI on 14 October 2018.