Events on August 7 in history 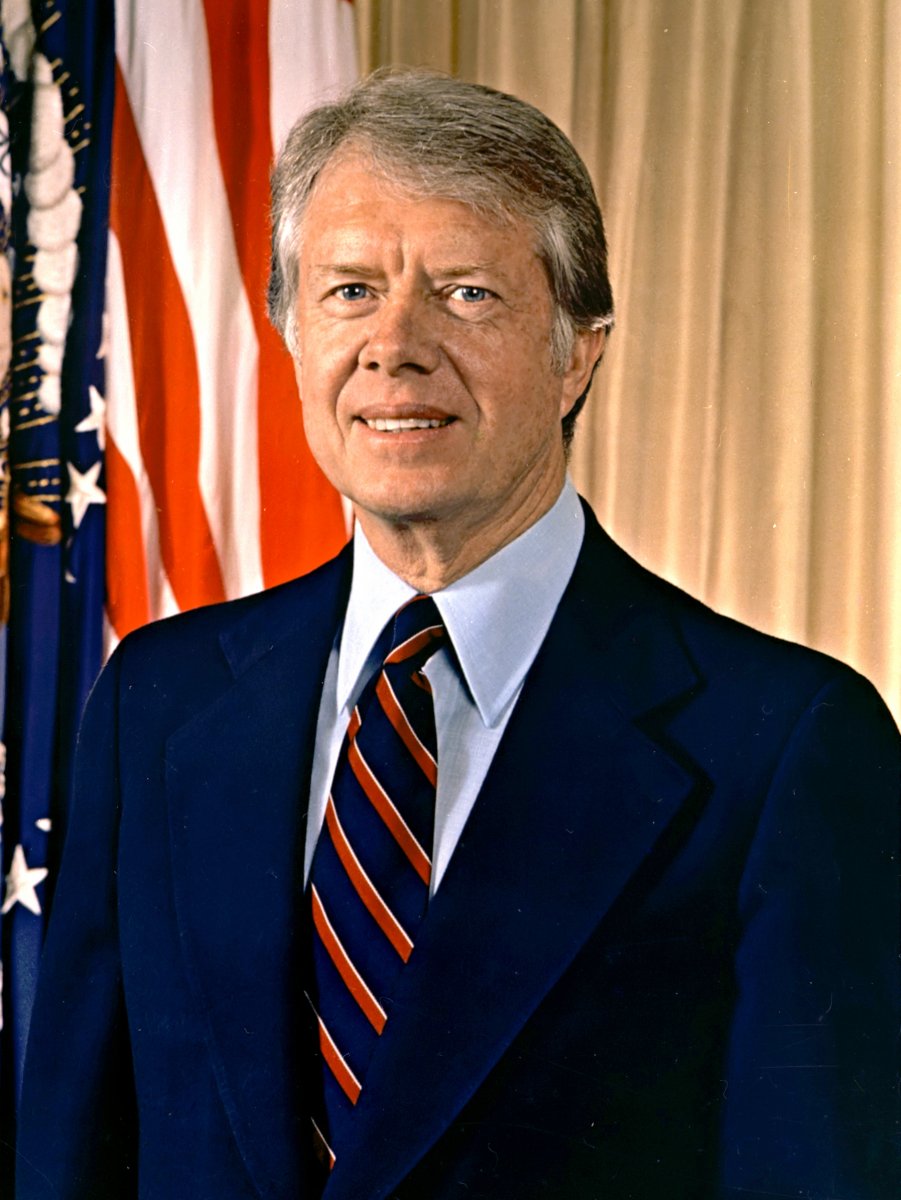 U.S. President Jimmy Carter declares a federal emergency at Love Canal due to toxic waste that had been disposed of negligently.

Love Canal is a neighborhood in Niagara Falls, New York, United States, infamous as the location of a 0.28 km2 (0.11 sq mi) landfill that became the site of an enormous environmental disaster in the 1970s. Decades of dumping toxic chemicals harmed the health of hundreds of residents; the area was cleaned up over the course of 21 years in a Superfund operation.

In 1890, Love Canal was created as a model planned community, but was only partially developed. In the 1920s, the canal became a dump site for municipal refuse for the city of Niagara Falls. During the 1940s, the canal was purchased by Hooker Chemical Company, which used the site to dump 19,800 kg (43,700 lb) of chemical byproducts from the manufacturing of dyes, perfumes, and solvents for rubber and synthetic resins.

Love Canal was sold to the local school district in 1953, after the threat of eminent domain. Over the next three decades, it attracted national attention for the public health problems originating from the former dumping of toxic waste on the grounds. This event displaced numerous families, leaving them with longstanding health issues and symptoms of high white blood cell counts and leukemia. Subsequently, the federal government passed the Superfund law. The resulting Superfund cleanup operation demolished the neighborhood, ending in 2004.

In 1988, New York State Department of Health Commissioner David Axelrod called the Love Canal incident a "national symbol of a failure to exercise a sense of concern for future generations". The Love Canal incident was especially significant as a situation where the inhabitants "overflowed into the wastes instead of the other way around". The University at Buffalo Archives house a number of primary documents, photographs, and news clippings pertaining to the Love Canal environmental disaster; many items have been digitised and are viewable online.

James Earl Carter Jr. (born October 1, 1924) is an American former politician who served as the 39th president of the United States from 1977 to 1981. A member of the Democratic Party, he previously served as the 76th governor of Georgia from 1971 to 1975 and as a Georgia state senator from 1963 to 1967. Since leaving office, Carter has remained engaged in political and social projects, receiving the Nobel Peace Prize in 2002 for his humanitarian work.

Born and raised in Plains, Georgia, Carter graduated from the United States Naval Academy in 1946 with a Bachelor of Science degree and joined the United States Navy, serving on numerous submarines. After the death of his father in 1953, he left his naval career and returned home to Plains, where he assumed control of his family's peanut-growing business. He inherited comparatively little due to his father's forgiveness of debts and the division of the estate amongst himself and his siblings. Nevertheless, his ambition to expand and grow the family's peanut farm was fulfilled. During this period, Carter was encouraged to oppose racial segregation and support the growing civil rights movement. He became an activist within the Democratic Party. From 1963 to 1967, Carter served in the Georgia State Senate, and in 1970 was elected as the governor of Georgia, defeating former Governor Carl Sanders in the Democratic primary. He remained as governor until 1975. Despite being a dark-horse candidate who was generally unknown outside of Georgia, he won the 1976 Democratic presidential nomination. In the 1976 presidential election, Carter ran as an outsider and narrowly defeated incumbent Republican president Gerald Ford.

On his second day in office, Carter pardoned all Vietnam War draft evaders by issuing Proclamation 4483. During his term, two new cabinet-level departments—the Department of Energy and the Department of Education—were established. He created a national energy policy that included conservation, price control, and new technology. Carter pursued the Camp David Accords, the Panama Canal Treaties, and the second round of Strategic Arms Limitation Talks (SALT II). On the economic front he confronted stagflation, a persistent combination of high inflation, high unemployment and slow growth. The end of his presidential tenure was marked by the 1979–1981 Iran hostage crisis, the 1979 energy crisis, the Three Mile Island nuclear accident, the Nicaraguan Revolution and the Soviet invasion of Afghanistan. In response to the invasion, Carter escalated the Cold War when he ended détente, imposed a grain embargo against the Soviets, enunciated the Carter Doctrine, and led a 1980 Summer Olympics boycott in Moscow. He is the only president to have served a full term in office and not have appointed a justice to the Supreme Court. In the 1980 Democratic party presidential primaries, he was challenged by Senator Ted Kennedy, but won re-nomination at the 1980 Democratic National Convention. Carter lost the 1980 presidential election in an electoral landslide to Republican nominee Ronald Reagan. Polls of historians and political scientists generally rank Carter as a below-average president. His post-presidential activities have been viewed more favorably than his presidency.

In 1982, Carter established the Carter Center to promote and expand human rights. In 2002, he was awarded the Nobel Peace Prize for his work in co-founding the center. He has traveled extensively to conduct peace negotiations, monitor elections, and advance disease prevention and eradication in developing nations. Carter is considered a key figure in the charity Habitat for Humanity. He has written over 30 books, ranging from political memoirs to poetry, while continuing to actively comment on ongoing American and global affairs, including the Israeli–Palestinian conflict. At 97 years old and with a 41-year-long retirement, Carter is both the oldest living and longest lived president, as well as the one with the longest post-presidency, and his 75-year-long marriage makes him the longest married president. He is also the fifth-oldest living person to have served as a state leader.