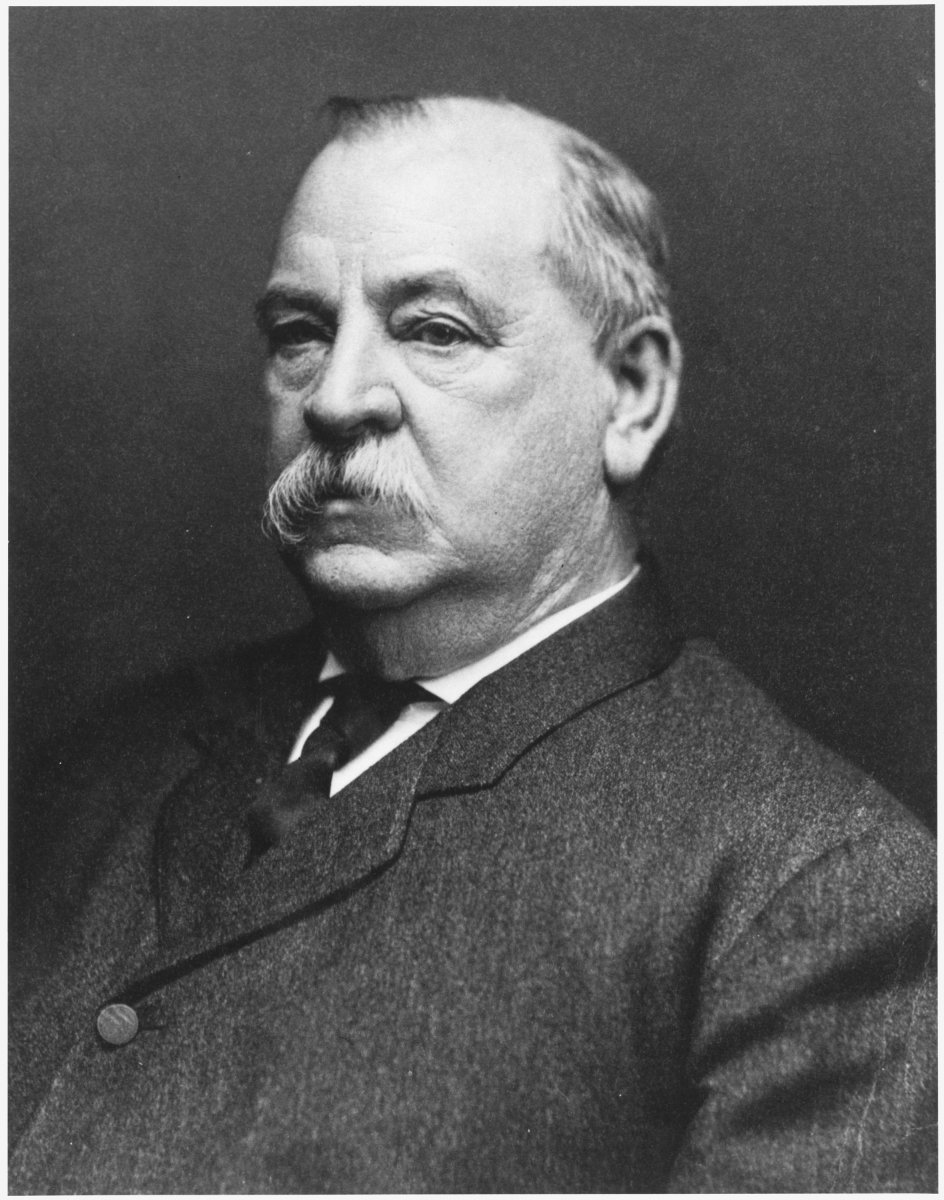 Grover Cleveland, American lawyer and politician, 22nd and 24th President of the United States (b. 1837)
Stephen Grover Cleveland (March 18, 1837 – June 24, 1908) was an American lawyer and politician who served as the 22nd and 24th president of the United States from 1885 to 1889 and from 1893 to 1897. Cleveland is the only president in American history to serve two non-consecutive terms in office. He won the popular vote for three presidential elections—in 1884, 1888, and 1892—and was one of two Democrats (followed by Woodrow Wilson in 1912) to be elected president during the era of Republican presidential domination dating from 1861 to 1933.

In 1881, Cleveland was elected mayor of Buffalo and later, governor of New York. He was the leader of the pro-business Bourbon Democrats who opposed high tariffs, Free Silver, inflation, imperialism, and subsidies to business, farmers, or veterans. His crusade for political reform and fiscal conservatism made him an icon for American conservatives of the era. Cleveland won praise for his honesty, self-reliance, integrity, and commitment to the principles of classical liberalism. He fought political corruption, patronage, and bossism. As a reformer, Cleveland had such prestige that the like-minded wing of the Republican Party, called "Mugwumps", largely bolted the GOP presidential ticket and swung to his support in the 1884 election. As his second administration began, disaster hit the nation when the Panic of 1893 produced a severe national depression. It ruined his Democratic Party, opening the way for a Republican landslide in 1894 and for the agrarian and silverite seizure of the Democratic Party in 1896. The result was a political realignment that ended the Third Party System and launched the Fourth Party System and the Progressive Era.Cleveland was a formidable policymaker, and he also drew corresponding criticism. His intervention in the Pullman Strike of 1894 to keep the railroads moving angered labor unions nationwide in addition to the party in Illinois; his support of the gold standard and opposition to Free Silver alienated the agrarian wing of the Democratic Party. Critics complained that Cleveland had little imagination and seemed overwhelmed by the nation's economic disasters—depressions and strikes—in his second term. Even so, his reputation for probity and good character survived the troubles of his second term. Biographer Allan Nevins wrote, "[I]n Grover Cleveland, the greatness lies in typical rather than unusual qualities. He had no endowments that thousands of men do not have. He possessed honesty, courage, firmness, independence, and common sense. But he possessed them to a degree other men do not." By the end of his second term, public perception showed him to be one of the most unpopular U.S. presidents, and he was by then rejected even by most Democrats. Today, Cleveland is considered by most historians to have been a successful leader, and has been praised for honesty, integrity, adherence to his morals and defying party boundaries, and effective leadership.