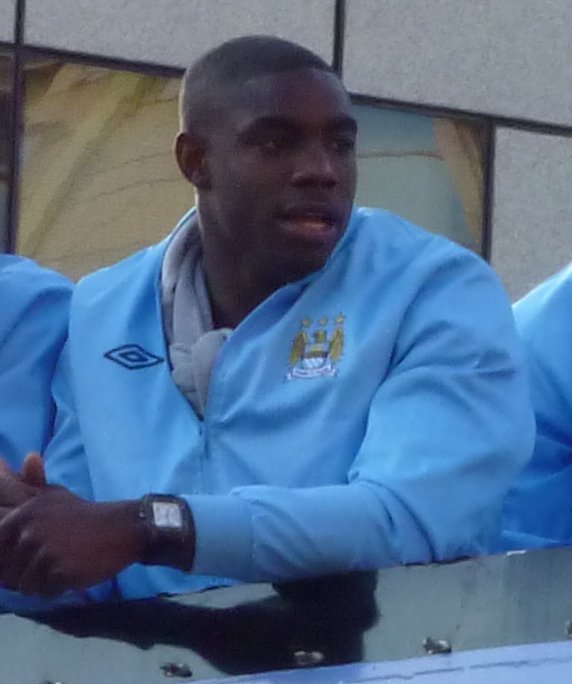 Micah Richards, English footballer
Micah Lincoln Richards (born 24 June 1988) is an English former professional footballer who played as a right back. He played in the Premier League and English Football League for Manchester City and Aston Villa, and in Serie A for Fiorentina. Richards is also a club ambassador of Manchester City.

Richards began his career at Manchester City, making 245 appearances across all competitions in ten seasons, winning a Premier League title and an FA Cup. After a season on loan at Fiorentina in Italy's Serie A, he joined Aston Villa in 2015. He played 31 times for Villa until October 2016 – several knee injuries restricted his appearances – before retiring in July 2019. He became a football pundit after his retirement.

On making his full England debut in November 2006, Richards became the youngest defender to be called up to the England squad. He won 13 caps for England between 2006 and 2012, and played in the Great Britain squad for the 2012 Olympic football tournament.