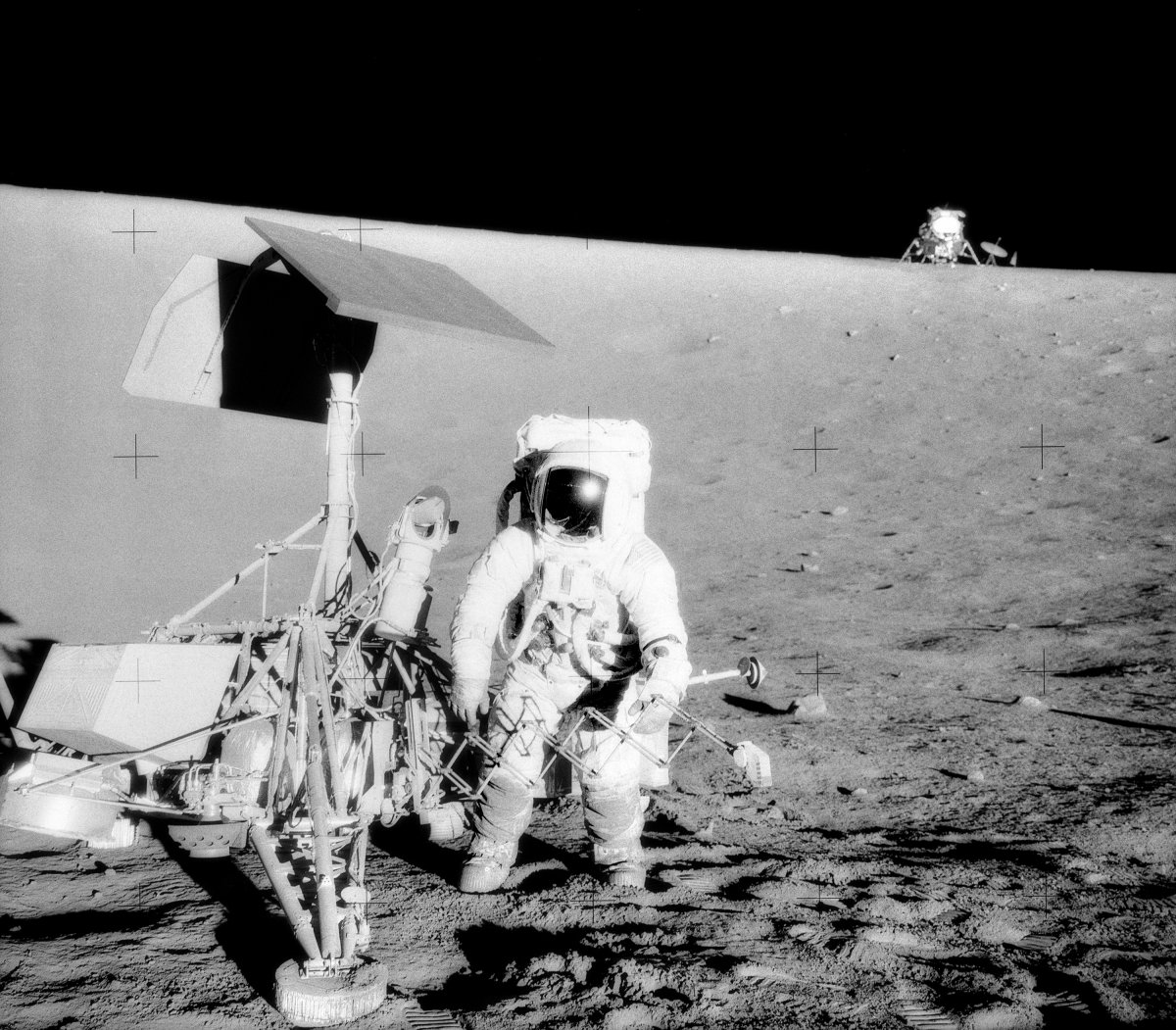 Apollo program: The Apollo 12 command module splashes down safely in the Pacific Ocean, ending the second manned mission to land on the Moon.

Apollo 12 (November 14 24, 1969) was the sixth crewed flight in the United States Apollo program and the second to land on the Moon. It was launched on November 14, 1969, by NASA from the Kennedy Space Center, Florida. Commander Charles "Pete" Conrad and Lunar Module Pilot Alan L. Bean performed just over one day and seven hours of lunar surface activity while Command Module Pilot Richard F. Gordon remained in lunar orbit.

Apollo 12 would have attempted the first lunar landing had Apollo 11 failed, but after the success of Neil Armstrong's mission, Apollo 12 was postponed by two months, and other Apollo missions also put on a more relaxed schedule. More time was allotted for geologic training in preparation for Apollo 12 than for Apollo 11, Conrad and Bean making several geology field trips in preparation for their mission. Apollo 12's spacecraft and launch vehicle were almost identical to Apollo 11's. One addition was hammocks to allow Conrad and Bean to rest more comfortably on the Moon.

Shortly after being launched on a rainy day at Kennedy Space Center, Apollo 12 was twice struck by lightning, causing instrumentation problems but little damage. Switching to the auxiliary power supply resolved the data relay problem, saving the mission. The outward journey to the Moon otherwise saw few problems. On November 19, Conrad and Bean achieved a precise landing at their expected location within walking distance of the Surveyor 3 robotic probe, which had landed on April 20, 1967. In making a pinpoint landing, they showed that NASA could plan future missions in the expectation that astronauts could land close to sites of scientific interest. Conrad and Bean carried the Apollo Lunar Surface Experiments Package, a group of nuclear-powered scientific instruments, as well as the first color television camera taken by an Apollo mission to the lunar surface, but transmission was lost after Bean accidentally pointed the camera at the Sun and its sensor was destroyed. On the second of two moonwalks, they visited Surveyor 3 and removed parts for return to Earth.

Lunar Module Intrepid lifted off from the Moon on November 20 and docked with the command module, which subsequently traveled back to Earth. The Apollo 12 mission ended on November 24 with a successful splashdown. 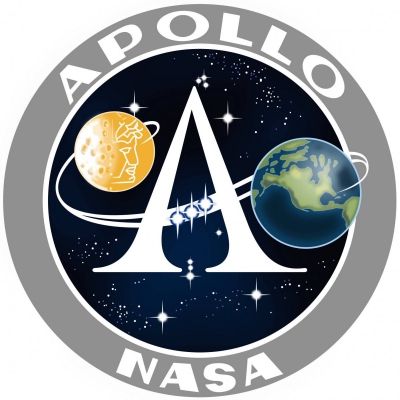 The Apollo program, also known as Project Apollo, was the third United States human spaceflight program carried out by the National Aeronautics and Space Administration (NASA), which succeeded in preparing and landing the first humans on the Moon from 1968 to 1972. It was first conceived during Dwight D. Eisenhower's administration as a three-person spacecraft to follow the one-person Project Mercury, which put the first Americans in space. Apollo was later dedicated to President John F. Kennedy's national goal for the 1960s of "landing a man on the Moon and returning him safely to the Earth" in an address to Congress on May 25, 1961. It was the third US human spaceflight program to fly, preceded by the two-person Project Gemini conceived in 1961 to extend spaceflight capability in support of Apollo.

Kennedy's goal was accomplished on the Apollo 11 mission when astronauts Neil Armstrong and Buzz Aldrin landed their Apollo Lunar Module (LM) on July 20, 1969, and walked on the lunar surface, while Michael Collins remained in lunar orbit in the command and service module (CSM), and all three landed safely on Earth on July 24. Five subsequent Apollo missions also landed astronauts on the Moon, the last, Apollo 17, in December 1972. In these six spaceflights, twelve people walked on the Moon.

Apollo ran from 1961 to 1972, with the first crewed flight in 1968. It encountered a major setback in 1967 when an Apollo 1 cabin fire killed the entire crew during a prelaunch test. After the first successful landing, sufficient flight hardware remained for nine follow-on landings with a plan for extended lunar geological and astrophysical exploration. Budget cuts forced the cancellation of three of these. Five of the remaining six missions achieved successful landings, but the Apollo 13 landing was prevented by an oxygen tank explosion in transit to the Moon, which destroyed the service module's capability to provide electrical power, crippling the CSM's propulsion and life support systems. The crew returned to Earth safely by using the lunar module as a "lifeboat" for these functions. Apollo used the Saturn family of rockets as launch vehicles, which were also used for an Apollo Applications Program, which consisted of Skylab, a space station that supported three crewed missions in 1973–1974, and the Apollo–Soyuz Test Project, a joint United States-Soviet Union low Earth orbit mission in 1975.

Overall the Apollo program returned 842 pounds (382 kg) of lunar rocks and soil to Earth, greatly contributing to the understanding of the Moon's composition and geological history. The program laid the foundation for NASA's subsequent human spaceflight capability, and funded construction of its Johnson Space Center and Kennedy Space Center. Apollo also spurred advances in many areas of technology incidental to rocketry and human spaceflight, including avionics, telecommunications, and computers.