A national speed limit is imposed on the Autobahn in Germany because of the 1973 oil crisis. The speed limit lasts only four months.

The 1973 oil crisis or first oil crisis began in October 1973 when the members of the Organization of Arab Petroleum Exporting Countries (OAPEC), led by Saudi Arabia, proclaimed an oil embargo. The embargo was targeted at nations that had supported Israel during the Yom Kippur War. The initial nations targeted were Canada, Japan, the Netherlands, the United Kingdom and the United States, though the embargo also later extended to Portugal, Rhodesia and South Africa.

By the end of the embargo in March 1974, the price of oil had risen nearly 300%, from US$3 per barrel ($19/m3) to nearly $12 per barrel ($75/m3) globally; US prices were significantly higher. The embargo caused an oil crisis, or "shock", with many short- and long-term effects on global politics and the global economy. It was later called the "first oil shock", followed by the 1979 oil crisis, termed the "second oil shock". 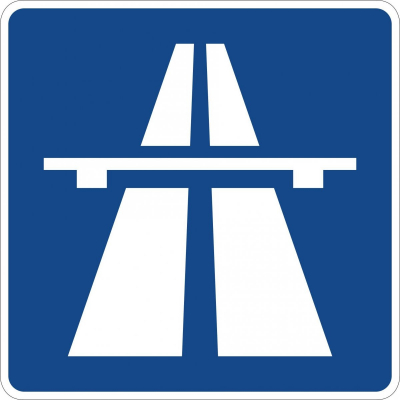 The Autobahn (IPA: [ˈʔaʊtoˌbaːn] (listen); German plural Autobahnen) is the federal controlled-access highway system in Germany. The official German term is Bundesautobahn (abbreviated BAB), which translates as 'federal motorway'. The literal meaning of the word Bundesautobahn is 'Federal Auto(mobile) Track'.

German Autobahnen are widely known for having no federally mandated speed limit for some classes of vehicles. However, limits are posted (and enforced) in areas that are urbanised, substandard, accident-prone, or under construction. On speed-unrestricted stretches, an advisory speed limit (Richtgeschwindigkeit) of 130 kilometres per hour (81 mph) applies. While driving faster is not illegal as such in the absence of a speed limit, it can cause an increased liability in the case of a collision (which mandatory auto insurance has to cover); courts have ruled that an "ideal driver" who is exempt from absolute liability for "inevitable" tort under the law would not exceed Richtgeschwindigkeit.

A 2017 report by the Federal Road Research Institute reported that in 2015 70.4% of the autobahn network had only the advisory speed limit, 6.2% had temporary speed limits due to weather or traffic conditions, and 23.4% had permanent speed limits. Measurements from the German state of Brandenburg in 2006 showed average speeds of 142 km/h (88 mph) on a 6-lane section of autobahn in free-flowing conditions.