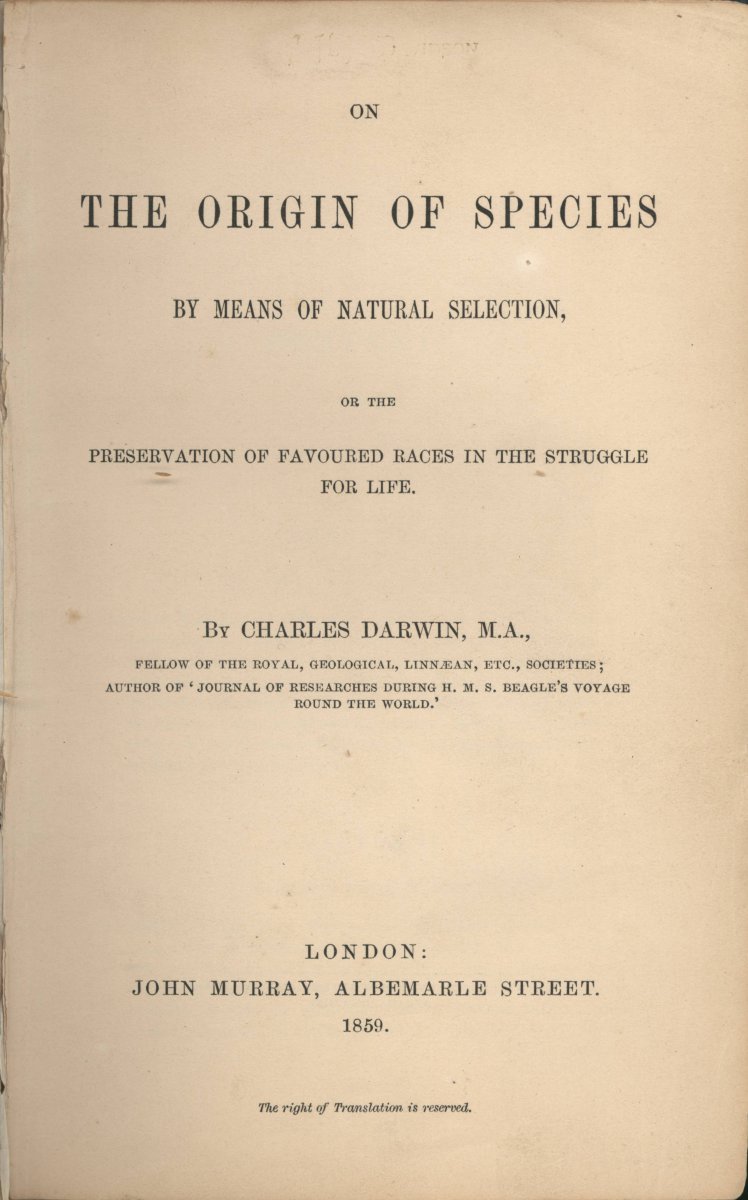 Charles Darwin publishes On the Origin of Species.

On the Origin of Species (or, more completely, On the Origin of Species by Means of Natural Selection, or the Preservation of Favoured Races in the Struggle for Life), published on 24 November 1859, is a work of scientific literature by Charles Darwin that is considered to be the foundation of evolutionary biology. Darwin's book introduced the scientific theory that populations evolve over the course of generations through a process of natural selection. The book presented a body of evidence that the diversity of life arose by common descent through a branching pattern of evolution. Darwin included evidence that he had collected on the Beagle expedition in the 1830s and his subsequent findings from research, correspondence, and experimentation.Various evolutionary ideas had already been proposed to explain new findings in biology. There was growing support for such ideas among dissident anatomists and the general public, but during the first half of the 19th century the English scientific establishment was closely tied to the Church of England, while science was part of natural theology. Ideas about the transmutation of species were controversial as they conflicted with the beliefs that species were unchanging parts of a designed hierarchy and that humans were unique, unrelated to other animals. The political and theological implications were intensely debated, but transmutation was not accepted by the scientific mainstream.

The book was written for non-specialist readers and attracted widespread interest upon its publication. Darwin was already highly regarded as a scientist, so his findings were taken seriously and the evidence he presented generated scientific, philosophical, and religious discussion. The debate over the book contributed to the campaign by T. H. Huxley and his fellow members of the X Club to secularise science by promoting scientific naturalism. Within two decades, there was widespread scientific agreement that evolution, with a branching pattern of common descent, had occurred, but scientists were slow to give natural selection the significance that Darwin thought appropriate. During "the eclipse of Darwinism" from the 1880s to the 1930s, various other mechanisms of evolution were given more credit. With the development of the modern evolutionary synthesis in the 1930s and 1940s, Darwin's concept of evolutionary adaptation through natural selection became central to modern evolutionary theory, and it has now become the unifying concept of the life sciences. 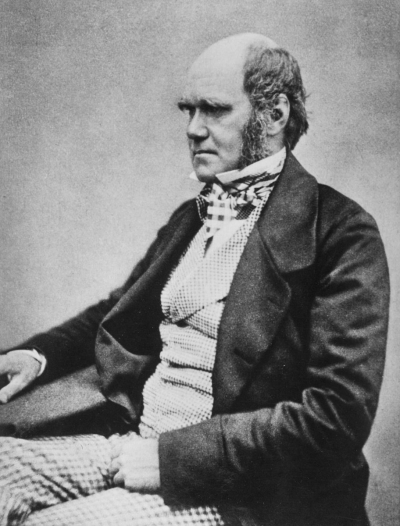 Charles Robert Darwin (; DAHR-win; 12 February 1809 – 19 April 1882) was an English naturalist, geologist and biologist, best known for his contributions to evolutionary biology. His proposition that all species of life have descended from common ancestors is now widely accepted and considered a fundamental concept in science. In a joint publication with Alfred Russel Wallace, he introduced his scientific theory that this branching pattern of evolution resulted from a process that he called natural selection, in which the struggle for existence has a similar effect to the artificial selection involved in selective breeding. Darwin has been described as one of the most influential figures in human history, and he was honoured by burial in Westminster Abbey.Darwin published his theory of evolution with compelling evidence in his 1859 book On the Origin of Species. By the 1870s, the scientific community and a majority of the educated public had accepted evolution as a fact. However, many favoured competing explanations that gave only a minor role to natural selection, and it was not until the emergence of the modern evolutionary synthesis from the 1930s to the 1950s that a broad consensus developed in which natural selection was the basic mechanism of evolution. Darwin's scientific discovery is the unifying theory of the life sciences, explaining the diversity of life.Darwin's early interest in nature led him to neglect his medical education at the University of Edinburgh; instead, he helped to investigate marine invertebrates. Studies at the University of Cambridge (Christ's College) encouraged his passion for natural science. His five-year voyage on HMS Beagle established him as an eminent geologist whose observations and theories supported Charles Lyell's conception of gradual geological change, and publication of his journal of the voyage made him famous as a popular author.Puzzled by the geographical distribution of wildlife and fossils he collected on the voyage, Darwin began detailed investigations and in 1838 conceived his theory of natural selection. Although he discussed his ideas with several naturalists, he needed time for extensive research, and his geological work had priority. He was writing up his theory in 1858 when Alfred Russel Wallace sent him an essay that described the same idea, prompting immediate joint publication of both their theories. Darwin's work established evolutionary descent with modification as the dominant scientific explanation of diversification in nature. In 1871 he examined human evolution and sexual selection in The Descent of Man, and Selection in Relation to Sex, followed by The Expression of the Emotions in Man and Animals (1872). His research on plants was published in a series of books, and in his final book, The Formation of Vegetable Mould, through the Actions of Worms (1881), he examined earthworms and their effect on soil.