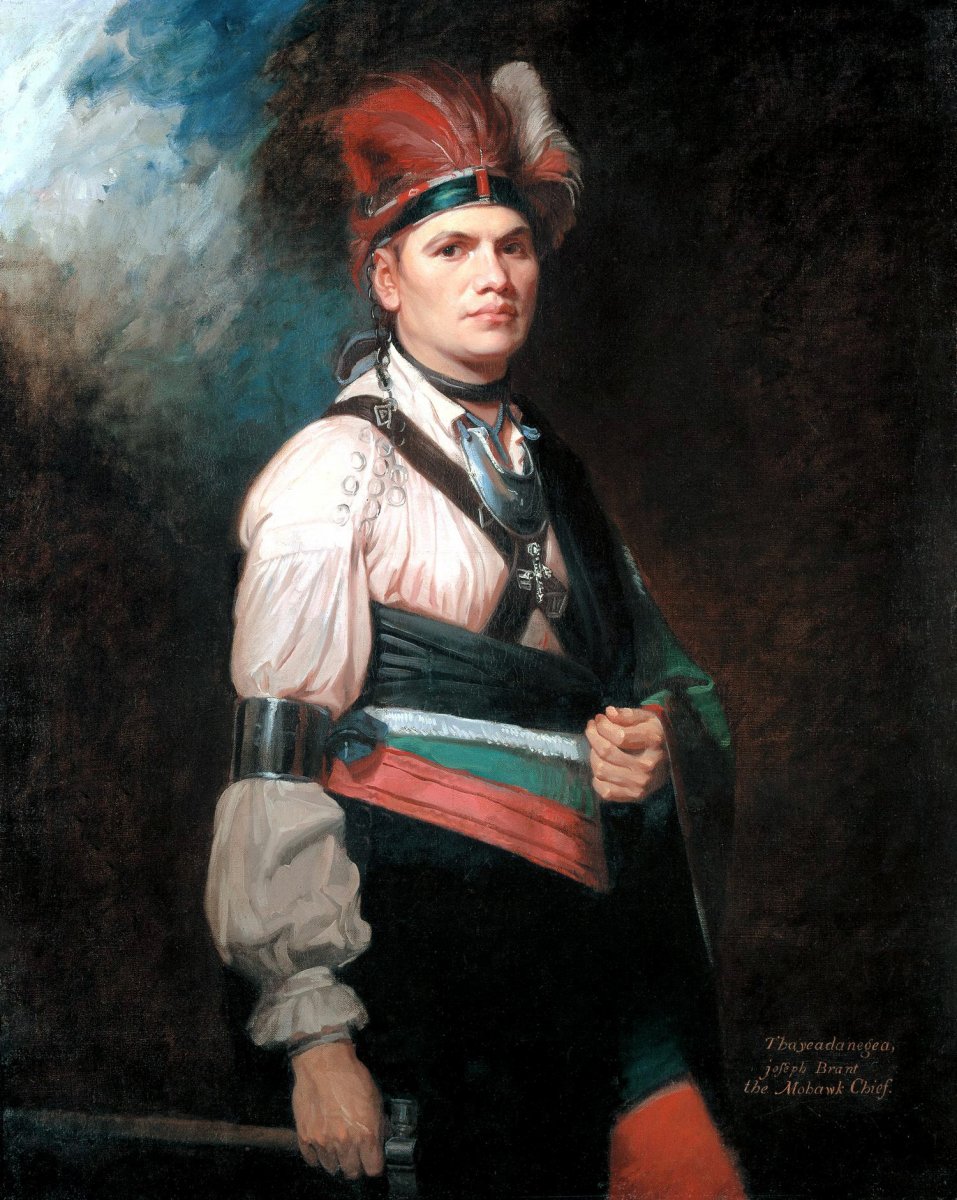 Joseph Brant, American tribal leader (b. 1742)
Thayendanegea or Joseph Brant (March 1743 – November 24, 1807) was a Mohawk military and political leader, based in present-day New York, who was closely associated with Great Britain during and after the American Revolution. Perhaps the Native American of his generation best known to the Americans and British, he met many of the most significant Anglo-American people of the age, including both George Washington and King George III.

While not born into a hereditary leadership role within the Iroquois League, Brant rose to prominence due to his education, abilities, and connections to British officials. His sister, Molly Brant, was the wife of Sir William Johnson, the influential British Superintendent of Indian Affairs in the province of New York. During the American Revolutionary War, Brant led Mohawk and colonial Loyalists known as "Brant's Volunteers" against the rebels in a bitter partisan war on the New York frontier. He was accused by the Americans of committing atrocities and given the name "Monster Brant", but the accusations were argued by later historians to have been false.

In 1784, Frederick Haldimand granted Joseph Brant and his followers a land treaty to replace what they had lost in New York State at the Sandusky Council after the Revolution. This tract, the Haldimand Grant, was about 810,000 hectares (2,000,000 acres) in size, 12 miles (19.2 kilometers) wide along the whole trace of the Ouse or Grand River in what is now southwestern Ontario. Chief Brant relocated with most of his people to Upper Canada to the area which is now Six Nations Reserve, where he remained a prominent leader.