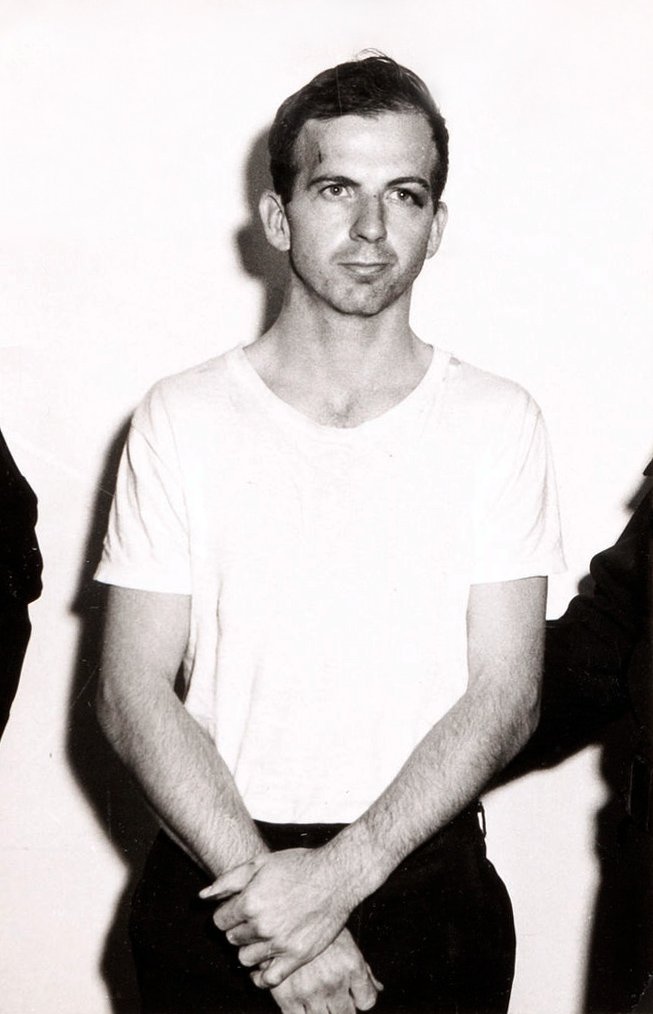 In the first live, televised murder, Lee Harvey Oswald, the assassin of President John F. Kennedy, is murdered two days after the assassination, by Jack Ruby, a nightclub operator, in the basement of Dallas police department headquarters. Oswald was being led by two detectives to an armoured car to take him to the nearby county jail.

Oswald was placed in juvenile detention at the age of 12 for truancy, during which time he was assessed by a psychiatrist as "emotionally disturbed", due to a lack of normal family life. After attending 22 schools in his youth, he quit repeatedly, and finally when he was 17, joined the Marines. Oswald was court-martialed twice while in the Marines, and jailed. He was honorably released from active duty in the Marine Corps into the reserve, then promptly flew to Europe and defected to the Soviet Union in October 1959. He lived in Minsk, Byelorussia, married a Russian woman named Marina, and had a daughter. In June 1962, he returned to the United States with his wife, and eventually settled in Dallas, where their second daughter was also born.

Oswald shot and killed Kennedy on November 22, 1963, from the sixth floor of the Texas School Book Depository as the President traveled by motorcade through Dealey Plaza in Dallas. About 45 minutes after assassinating Kennedy, Oswald shot and killed Dallas police officer J. D. Tippit on a local street. He then slipped into a movie theater, where he was arrested for Tippit's murder. Oswald was charged with the assassination of Kennedy, but he denied responsibility for the killing, claiming that he was a "patsy". Two days later, Oswald was fatally shot by local nightclub owner Jack Ruby on live television in the basement of Dallas Police Headquarters.

In September 1964, the Warren Commission concluded that Oswald had acted alone when assassinating Kennedy. This conclusion, though controversial, was supported by investigations from the Dallas Police Department, the Federal Bureau of Investigation (FBI), the United States Secret Service, and the House Select Committee on Assassinations.Despite forensic, ballistic, and eyewitness evidence supporting the official findings, public opinion polls have shown that most Americans still do not believe that the official version tells the whole truth of the events, and the assassination spawned numerous conspiracy theories.