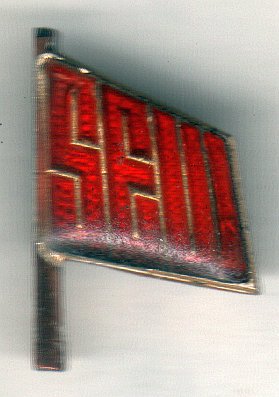 In many respects, the party continued to operate as a branch of the SED even after it had formally been converted into a separate political party. The leading functionaries visited the GDR and were constantly in contact with the SED authorities, especially with the Westabteilung ('Western Department') of the East German ruling party responsible for contacts with organizations in the West. The party's newspaper Die Wahrheit ('The Truth') had 8,500 subscribers in 1968; the number had decreased to 4,500 by the end of the 1980s. Nevertheless, the circulation was 15,000 (in 1989), with just a fraction (around 4,000) of this actually sold in West Berlin, as most of the papers were simply distributed free of charge to socialist countries. Because the newspaper was heavily subsidized by the East German government, the line of the paper was more or less determined by the East German authorities.

Similarly, the party's subordination to the SED went so far that its election manifesto, though being already officially accepted by the board of the party, was submitted to Erich Honecker for revisions, who indeed made a number of corrections to the version that had already been agreed upon and established as definitive. Nevertheless, some documents of the SED functionaries reveal that in the 1970s, when the SEW was led by Danelius, they regarded the cooperation with the German Communist Party (DKP) as more close than with the SEW. After Danelius died and was replaced by Horst Schmitt (in 1978), the new leader attached the party even closer to the SED.

The party operated on the basis of democratic centralism, which meant that dissident members had no way to advance their opinions within the party, and were regularly expelled. In 1980, a faction close to Eurocommunist and alternative left positions surfaced (often referred to as the Klarheit faction after the paper they published), but the leadership managed to suppress dissidence within the party by purging the leading oppositionists from the SEW. The party leader Schmitt explained to the leadership that expelling "30 or 35 bandits is a necessary process of cleaning up."Gorbachev's rise to power in the Soviet Union and the consequent reform policies of perestroika and glasnost affected the German MarxistLeninist organizations. In the SEW, a rift developed between more liberal individual members, who appreciated Gorbachev's policies as a chance to revive leftist movements in Europe on one hand, and the leadership that chose to ignore the reforms in the USSR, as did their mentors in East Germany.

At the time of German reunification, the SEW was first renamed as Socialist Initiative (Sozialistische Initiative), then disbanded in 1991. Most of the activists who wished to stay involved in politics joined the Party of Democratic Socialism.

The youth league of the SEW was known as the Socialist Youth League Karl Liebknecht. 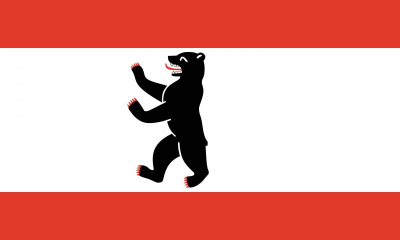 West Berlin (German: Berlin (West) or West-Berlin) was a political enclave which comprised the western part of Berlin during the years of the Cold War. Although the legal status as a part of the Federal Republic of Germany was heavily disputed, West Berlin aligned itself politically in 1949 and after with it and was directly or indirectly represented in its federal institutions.

West Berlin was formally controlled by the Western Allies and entirely surrounded by the Soviet-controlled East Berlin and East Germany. West Berlin had great symbolic significance during the Cold War, as it was widely considered by westerners an "island of freedom" and America's most loyal counterpart in Europe. It was heavily subsidised by West Germany as a "showcase of the West". A wealthy city, West Berlin was noted for its distinctly cosmopolitan character, and as a centre of education, research and culture. With about two million inhabitants, West Berlin had the largest population of any city in Germany during the Cold War era.West Berlin was 160 kilometres (100 mi) east and north of the Inner German border and only accessible by land from West Germany by narrow rail and highway corridors. It consisted of the American, British, and French occupation sectors established in 1945. The Berlin Wall, built in 1961, physically separated West Berlin from its East Berlin and East German surroundings until it fell in 1989. On 3 October 1990, the day Germany was officially reunified, East and West Berlin formally reunited, joined the Federal Republic as a city-state and, eventually, once again became the capital of Germany.