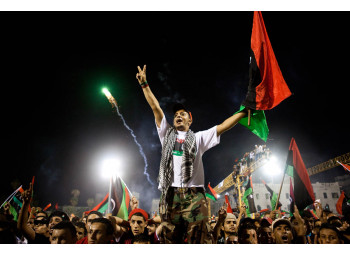 The Libyan Civil War was instigated on the 15th of February, 2011 against Colonel Muammar Gaddafi. The armed clashes betwixt the protesters and security forces led to the Libyan Revolution on the 17th of February of the same year – following the footsteps of other Arab countries in the same period; demanding Gaddafi and his government to step down.

The next occurrence of Libyan Revolution is marked in red