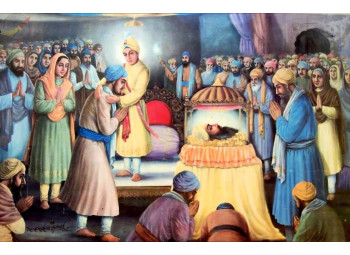 Guru Tegh Bahadur Sahib was the ninth Sikh Guru, who was beheaded for refusing the conversion to Islam. According to excerpts from his son’s –Guru Gobind Singh– records, the Guru had pledged to protect Kashmiri Hindus against persecution and oppression. The Guru, however, was publicly executed by a direct order from Alamgir, the Mughal emperor, on the 11th of November, 1675 – a consequence of his refusal to renounce his faith and convert to Islam.