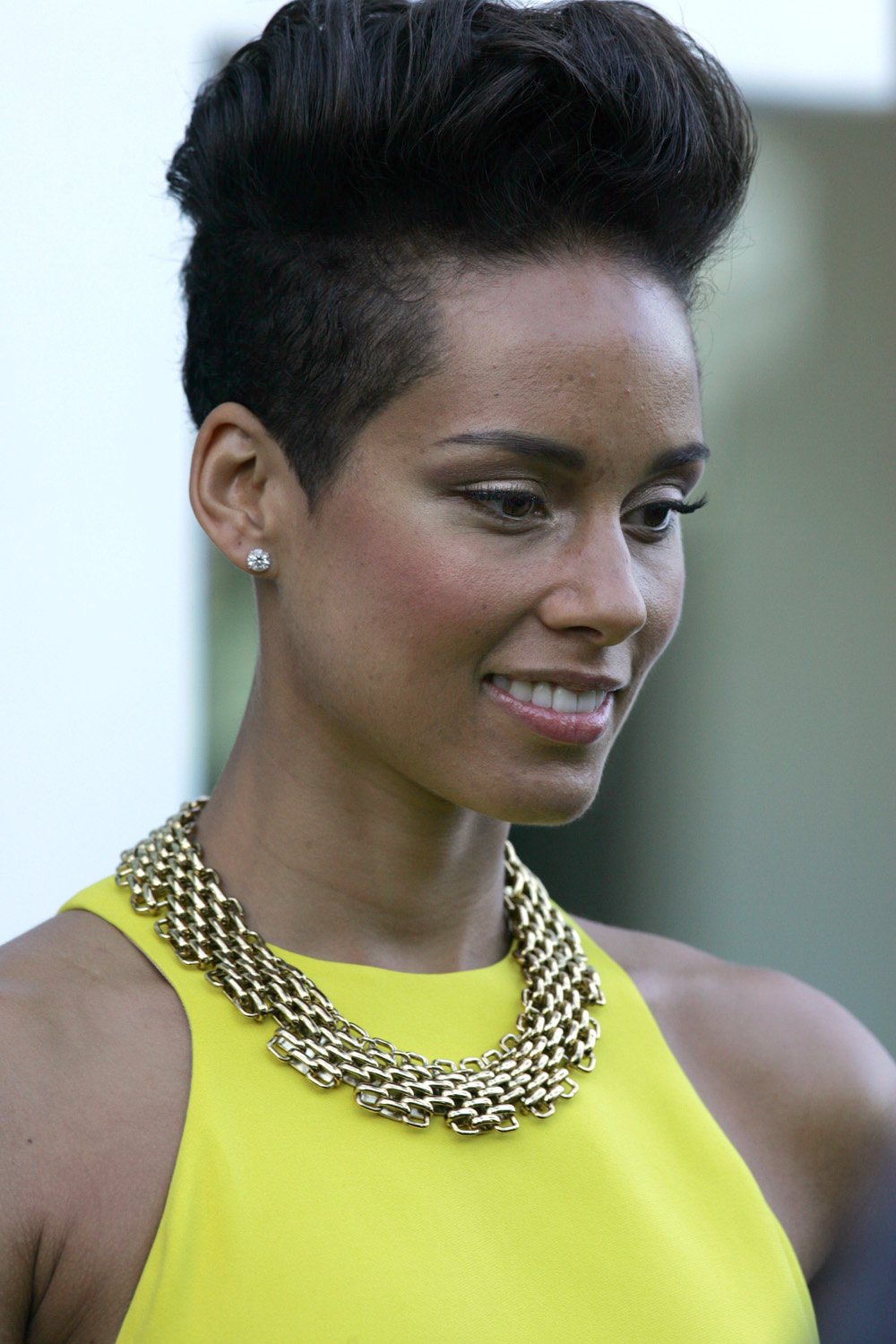 Alicia Keys, American singer-songwriter, pianist, and actress
Alicia Augello Cook (born January 25, 1981), known professionally as Alicia Keys, is an American singer, songwriter and actress. A classically trained pianist, Keys began composing songs by age 12 and was signed at 15 years old by Columbia Records. After disputes with the label, she signed with Arista Records and later released her debut album, Songs in A Minor, with J Records in 2001. The album was critically and commercially successful, producing her first Billboard Hot 100 number-one single "Fallin'" and selling over 12 million copies worldwide. The album earned Keys five Grammy Awards in 2002. Her second album, The Diary of Alicia Keys (2003), was also a critical and commercial success, spawning successful singles "You Don't Know My Name", "If I Ain't Got You", and "Diary", and selling eight million copies worldwide. The album garnered her an additional four Grammy Awards. Her duet "My Boo" with Usher became her second number-one single in 2004. Keys released her first live album, Unplugged (2005), and became the first woman to have an MTV Unplugged album debut at number one. Her third album, As I Am (2007), produced the Hot 100 number-one single "No One", selling seven million copies worldwide and earning an additional three Grammy Awards. In 2007, Keys made her film debut in the action-thriller film Smokin' Aces. She released the theme song to the James Bond film Quantum of Solace "Another Way to Die" with Jack White.

Her fourth album, The Element of Freedom (2009), became her first chart-topping album in the United Kingdom, and sold four million copies worldwide. Keys also collaborated with Jay-Z on "Empire State of Mind" (2009), which became her fourth number-one single in the United States and won the Grammy Award for Best Rap/Sung Collaboration. The Element of Freedom spawned the Billboard Hot 100 charting singles "Doesn't Mean Anything", "Try Sleeping with a Broken Heart", "Un-Thinkable (I'm Ready)" and "Empire State of Mind (Part II) Broken Down". Her fifth album Girl on Fire (2012) was her fifth Billboard 200 topping album, spawning the successful title track, and won the Grammy Award for Best R&B Album. In 2013, VH1 Storytellers was released as her second live album. Her sixth studio album, Here (2016), became her seventh US R&B/Hip-Hop chart-topping album. Her seventh studio album, Alicia (2020) spawned the singles "Show Me Love" and "Underdog".

Keys has sold over 90 million records worldwide, making her one of the world's best-selling music artists and she was named by Billboard the top R&B artist of the 2000s decade. She has received numerous accolades in her career, including 15 competitive Grammy Awards, 17 NAACP Image Awards, 12 ASCAP Awards, and an award from the Songwriters Hall of Fame and National Music Publishers Association. She placed tenth on their list of Top 50 R&B/Hip-Hop Artists of the Past 25 Years. VH1 included her on their 100 Greatest Artists of All Time and 100 Greatest Women in Music lists, while Time has named her in their 100 list of most influential people in 2005 and 2017. Keys is also acclaimed for her humanitarian work, philanthropy and activism, e.g. being awarded Ambassador of Conscience by Amnesty International; she co-founded and serves as the Global Ambassador of the nonprofit HIV/AIDS-fighting organization Keep a Child Alive.