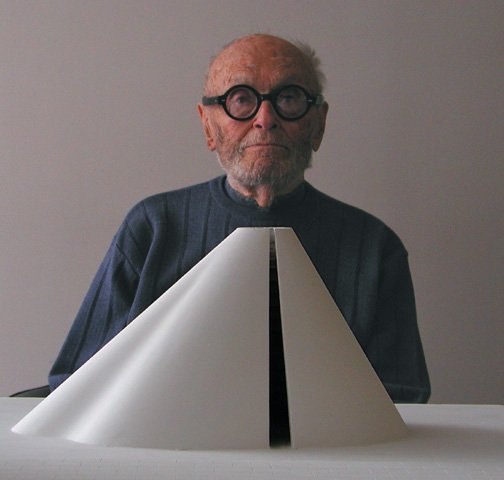 Philip Johnson, American architect, designed the PPG Place and Crystal Cathedral (b. 1906)
Philip Cortelyou Johnson (July 8, 1906 – January 25, 2005) was an American architect best known for his works of modern and postmodern architecture. Among his best-known designs are his modernist Glass House in New Canaan, Connecticut; the postmodern 550 Madison Avenue in New York, designed for AT&T 190 South La Salle Street in Chicago; the Sculpture Garden of the Museum of Modern Art; and the Pre-Columbian Pavilion at Dumbarton Oaks. In his obituary in 2005, the "New York Times" wrote that his works "were widely considered among the architectural masterpieces of the 20th century."In 1930, Johnson became the first director of the architecture department of the Museum of Modern Art in New York. There he arranged for visits by Walter Gropius and Le Corbusier and negotiated the first American commission for Mies van der Rohe, when he fled Nazi Germany. In 1932, he organized the first exhibition on modern architecture at the Museum of Modern Art.

In 1934 Johnson resigned his position at the museum, and dedicated himself to advancing the causes of the fascist movement in the United States. He allied with populist figures such as Lawrence Dennis and Charles Coughlin, and promoted fascist ideology and Nazi propaganda through various publications. He would eventually gain the attention of the FBI and the justice system; he was investigated, but never charged. Years later he would refer to these activities as "the stupidest thing I ever did ... [which] I never can atone for".

In 1978, he was awarded an American Institute of Architects Gold Medal and in 1979 the first Pritzker Architecture Prize.