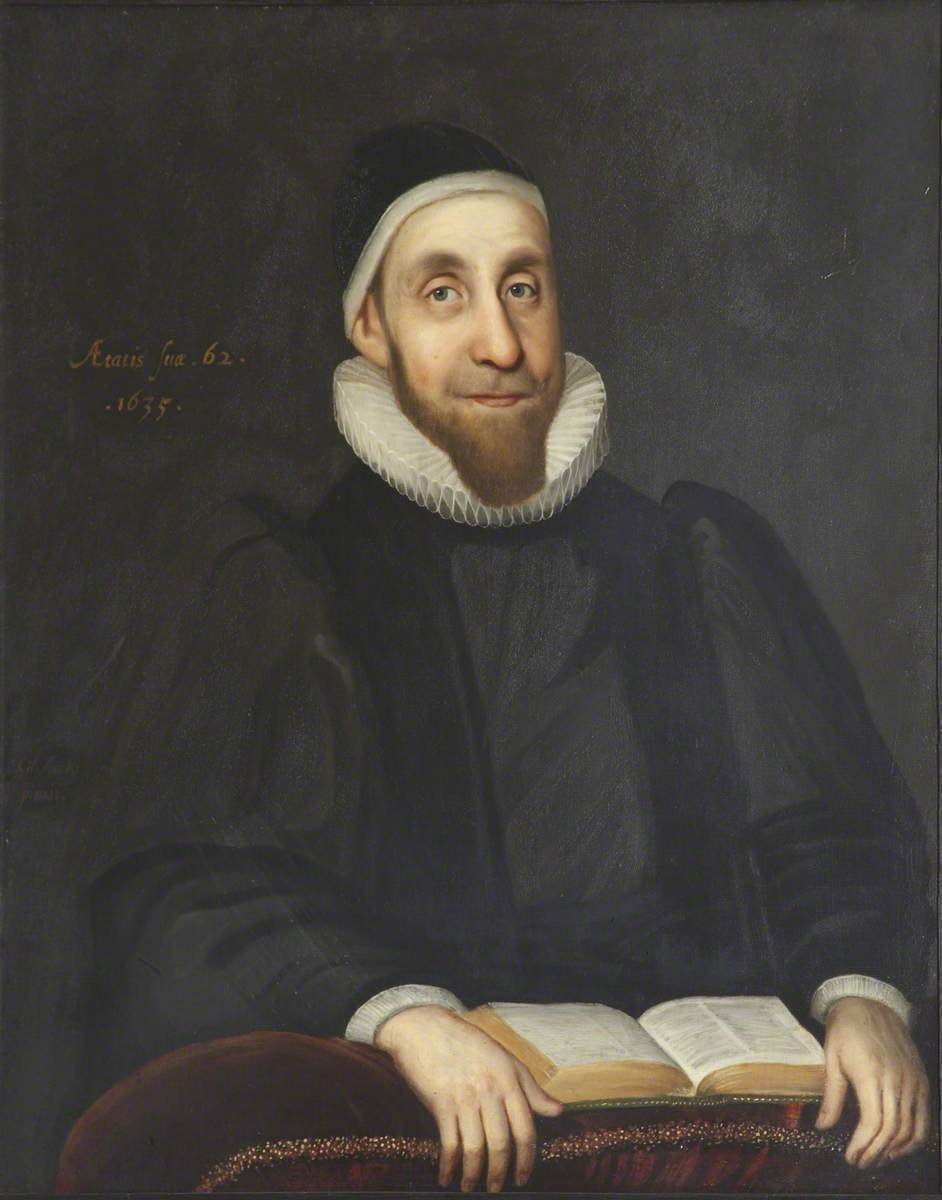 Robert Burton, English physician and scholar (b. 1577)
Robert Burton (8 February 1577 – 25 January 1640) was an English writer and fellow of Oxford University, best known for his encyclopedic book The Anatomy of Melancholy.

Born in 1577 to a comfortably well-off family of the landed gentry, Burton attended two grammar schools and matriculated into Brasenose College, Oxford in 1593, age 15. Burton's education at Oxford was unusually lengthy, possibly drawn out by an affliction of melancholy, and including an early transfer to Christ Church. Burton received an MA and BD, and by 1607 was qualified as a tutor. From as early as 1603, Burton indulged early literary interests at Oxford, including some Latin poems, a now-lost play performed before and panned by King James I himself, and his only surviving play: an academic satire called Philosophaster. This work, though less well regarded than Burton's masterpiece, has notably "received more attention than most of the other surviving examples of university drama".Sometime after obtaining his MA in 1605, Burton was making some attempt to leave the university. Though he never fully succeeded, he managed to obtain the living of St Thomas the Martyr's Church, Oxford through the university, and external patronage for the benefice of Walesby and the rectorship of Seagrave. As a fellow of Oxford, he served in many minor administrative roles and as the librarian of Christ Church Library, from 1624 until his death. Over time he came to accept his "sequestered" existence in the libraries of Oxford, speaking highly of his alma mater throughout the Anatomy.

Burton's most famous work and greatest achievement was The Anatomy of Melancholy. First published in 1621, it was reprinted with additions from Burton no fewer than five times. A digressive and labyrinthine work, Burton wrote as much to alleviate his own melancholy as to help others. The final edition came to more than 500,000 words total. The book is permeated by quotations from and paraphrases of many authorities, both classical and contemporary, amounting to the culmination of a lifetime's worth of erudition.

Burton died in 1640. His large personal library was split between the Bodleian and Christ Church. The Anatomy was used and plagiarised by many authors during his lifetime and after his death, but entered a lull in popularity through the 18th century. It was only the revelation of Laurence Sterne's plagiarism that revived interest in his work into the 19th century, especially among the Romantics. The Anatomy received more academic attention in the 20th and 21st centuries. Whatever his popularity, Burton has always attracted distinguished readers, including Samuel Johnson, Benjamin Franklin, John Keats, William Osler, and Samuel Beckett.