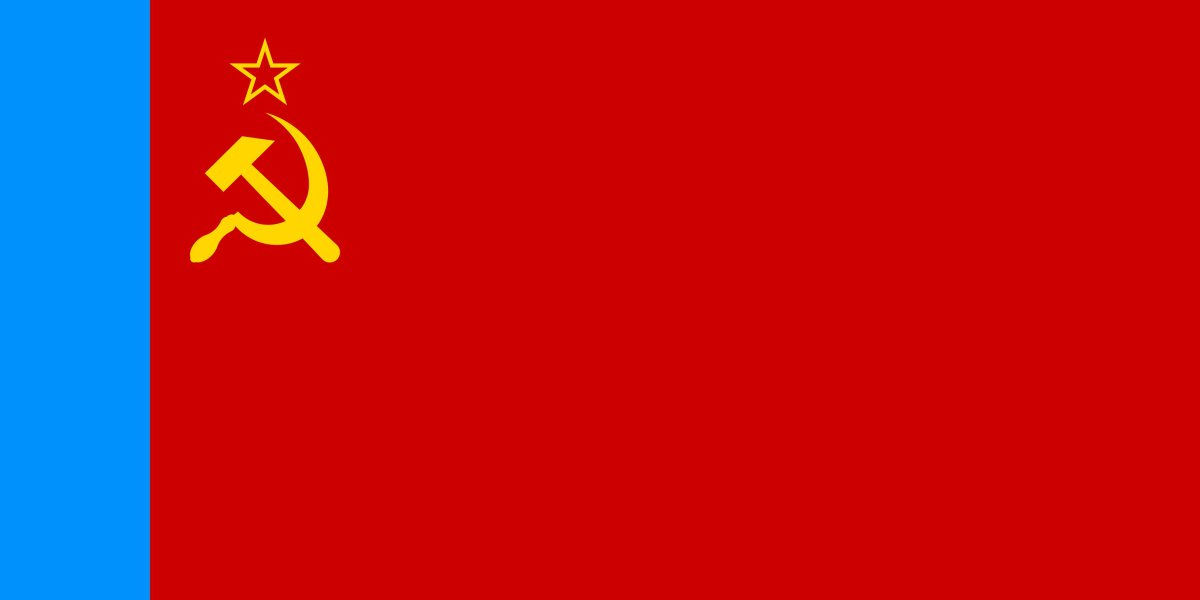 The Russian Soviet Federative Socialist Republic (Russian SFSR or RSFSR; Russian: , tr. Rossyskaya Sovtskaya Federatvnaya Socialisteskaya Respblika, IPA: [rsijskj svetskj fdrtivnj stslstitskj rspublk] (listen)), previously known as the Russian Soviet Republic and the Russian Socialist Federative Soviet Republic as well as being unofficially known as Soviet Russia, the Russian Federation or simply Russia, was an independent federal socialist state from 1917 to 1922, and afterwards the largest and most populous of the Soviet socialist republics of the Soviet Union (USSR) from 1922 to 1991, until becoming a sovereign part of the Soviet Union with priority of Russian laws over Union-level legislation in 1990 and 1991, the last two years of the existence of the USSR. The Russian Republic was composed of sixteen smaller constituent units of autonomous republics, five autonomous oblasts, ten autonomous okrugs, six krais and forty oblasts. Russians formed the largest ethnic group. The capital of the Russian SFSR was Moscow and the other major urban centers included Leningrad, Stalingrad, Novosibirsk, Sverdlovsk, Gorky and Kuybyshev.

The economy of Russia became heavily industrialized, accounting for about two-thirds of the electricity produced in the USSR. By 1961, it was the third largest producer of petroleum due to new discoveries in the Volga-Urals region and Siberia, trailing in production to only the United States and Saudi Arabia. In 1974, there were 475 institutes of higher education in the republic providing education in 47 languages to some 23,941,000 students. A network of territorially organized public-health services provided health care. After 1985, the "perestroika" restructuring policies of the Gorbachev administration relatively liberalised the economy, which had become stagnant since the late 1970s under General Secretary Leonid Brezhnev, with the introduction of non-state owned enterprises such as cooperatives.

On 7 November 1917, as a result of the October Revolution, the Russian Soviet Republic was proclaimed as a sovereign state and the world's first constitutionally socialist state guided by communist ideology. The first constitution was adopted in 1918. In 1922, the Russian SFSR signed a treaty officially creating the USSR. The Russian SFSR's 1978 constitution stated that "[a] Union Republic is a sovereign [...] state that has united [...] in the Union" and "each Union Republic shall retain the right freely to secede from the USSR". On 12 June 1990, the Congress of People's Deputies adopted the Declaration of State Sovereignty, established separation of powers (unlike in the Soviet form of government), established citizenship of Russia and stated that the RSFSR shall retain the right of free secession from the USSR. On 12 June 1991, Boris Yeltsin (19312007), supported by the Democratic Russia pro-reform movement, was elected the first and only president of the RSFSR, a post that would later become the presidency of the Russian Federation.

The August 1991 Soviet coup d'tat attempt with the temporary brief internment of President Mikhail Gorbachev destabilised the Soviet Union. On 8 December 1991, the heads of Russia, Ukraine and Belarus signed the Belovezh Accords. The agreement declared dissolution of the USSR by its original founding states (i.e., renunciation of the 1922 Treaty on the Creation of the USSR) and established the Commonwealth of Independent States (CIS) as a loose confederation. On 12 December, the agreement was ratified by the Supreme Soviet (the parliament of Russian SFSR); therefore the Russian SFSR had renounced the Treaty on the Creation of the USSR and de facto declared Russia's independence from the USSR itself and the ties with the other Soviet Socialist Republics.

On 25 December 1991, following the resignation of Gorbachev as President of the Soviet Union (and former General Secretary of the Communist Party of the Soviet Union), the Russian SFSR was renamed the Russian Federation. The next day after the lowering of the Soviet red flag from the top of the Kremlin Senate building of the Moscow Kremlin in Moscow, the USSR was self-dissolved by the Soviet of the Republics on 26 December, which by that time was the only functioning parliamentary chamber of the All-Union Supreme Soviet (the other house, Soviet of the Union, had already lost the quorum after recall of its members by the several union republics). After the dissolution, Russia declared that it assumed the rights and obligations of the dissolved central Soviet government, including UN membership and permanent membership on the Security Council, but originally excluding foreign debt and foreign assets of the USSR (also parts of the former Soviet Army and nuclear weapons remained under overall CIS command as CIS United Armed Forces).

The 1978 constitution of the Russian SFSR was amended several times to reflect the transition to democracy, private property and market economy. The new Russian constitution, coming into effect on 25 December 1993 after a constitutional crisis, completely abolished the Soviet form of government and replaced it with a semi-presidential system. 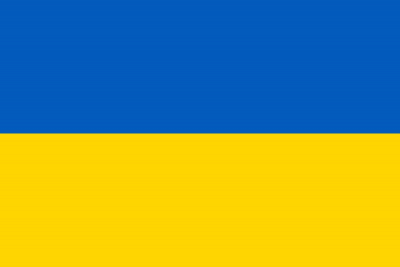 Ukraine (Ukrainian: Україна, romanized: Ukraïna, pronounced [ʊkrɐˈjinɐ] (listen)) is a country in Eastern Europe. It is the second largest country in Europe after Russia, which it borders to the east and north-east. Ukraine also shares borders with Belarus to the north; Poland, Slovakia, and Hungary to the west; Romania and Moldova to the south; and has a coastline along the Sea of Azov and the Black Sea. It spans an area of 603,628 km2 (233,062 sq mi), with a population of about 40 million. The nation's capital and largest city is Kyiv.

The territory of modern Ukraine has been inhabited since 32,000 BC. During the Middle Ages, the area was a key centre of East Slavic culture under Kievan Rus', which was ultimately destroyed by the Mongol invasion in the 13th century. Over the next 600 years, the area was contested, divided, and ruled by external powers, including the Polish–Lithuanian Commonwealth, the Austrian Empire, Austria-Hungary, the Ottoman Empire, and the Tsardom of Russia. The Cossack Hetmanate emerged in Central Ukraine in the 17th century but was partitioned between Russia and Poland, and ultimately absorbed by the Russian Empire entirely. In the aftermath of the Russian Revolution, a Ukrainian national movement re-surfaced and the Ukrainian People's Republic was formed in 1917. The short-lived state was forcibly reconstituted into the Ukrainian Soviet Socialist Republic, which became a founding member of the Soviet Union (USSR) in 1922. From 1932 to 1933 the Holodomor killed millions of Ukrainians. In 1939, Western Ukraine was annexed from Poland by the USSR. Ukraine was the most populous and industrialised republic after the Russian Soviet Republic, until regaining its independence in 1991 following the dissolution of the Soviet Union.

Following its independence, Ukraine has been governed as a unitary republic under a semi-presidential system. It declared itself a neutral state, forming a limited military partnership with Russia and other CIS countries while also establishing a partnership with NATO in 1994. In 2013, after President Viktor Yanukovych suspended the Ukraine–European Union Association Agreement in favor of closer economic ties with Russia, mass protests and demonstrations known as the Euromaidan erupted, escalating into the Revolution of Dignity that led to the overthrow of Yanukovych and the establishment of a new government. These events formed the background to Russia's annexation of Crimea in March 2014 and the War in Donbas the following month. The latter was a protracted conflict with Russian-backed separatists that culminated in a Russian invasion in February 2022. Ukraine has continued seeking closer economic, political, and military ties with the West amid continuing war with Russia.Ukraine is a developing country with a lower-middle income economy, ranking 74th in the Human Development Index. Ukraine is among the poorest countries in Europe. As of 2020 it suffers from low life expectancy and widespread corruption. However, due to its extensive fertile land, Ukraine is one of the largest grain exporters in the world. It is a member of the United Nations, the Council of Europe, the OSCE, the GUAM organization, the Association Trio, and the Lublin Triangle.