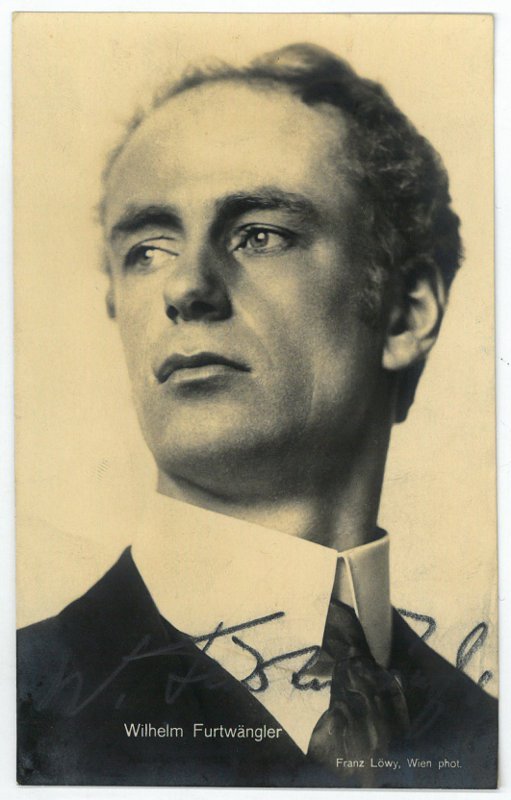 Wilhelm Furtwängler, German conductor and composer (d. 1954)
Gustav Heinrich Ernst Martin Wilhelm Furtwängler (UK: FOORT-veng-glər, US: -⁠lər, German: [ˈvɪlhɛlm ˈfʊɐ̯tvɛŋlɐ]; 25 January 1886 – 30 November 1954) was a German conductor and composer. He is widely regarded as one of the greatest symphonic and operatic conductors of the 20th century. He was a major influence for many later conductors, and his name is often mentioned when discussing their interpretative styles.Furtwängler was principal conductor of the Berlin Philharmonic between 1922 and 1945, and from 1952 until 1954. He was also principal conductor of the Gewandhaus Orchestra (1922–26), and was a guest conductor of other major orchestras including the Vienna Philharmonic.

Although not an adherent of Nazism, he was the leading conductor to remain in Germany during the Nazi regime. Despite his open opposition to antisemitism and the ubiquity of Nazi symbolism, the regime did not seek to suppress him, at Joseph Goebbels' insistence, for propaganda reasons. This situation caused lasting controversy, and the extent to which his presence lent prestige to Nazi Germany is still debated.