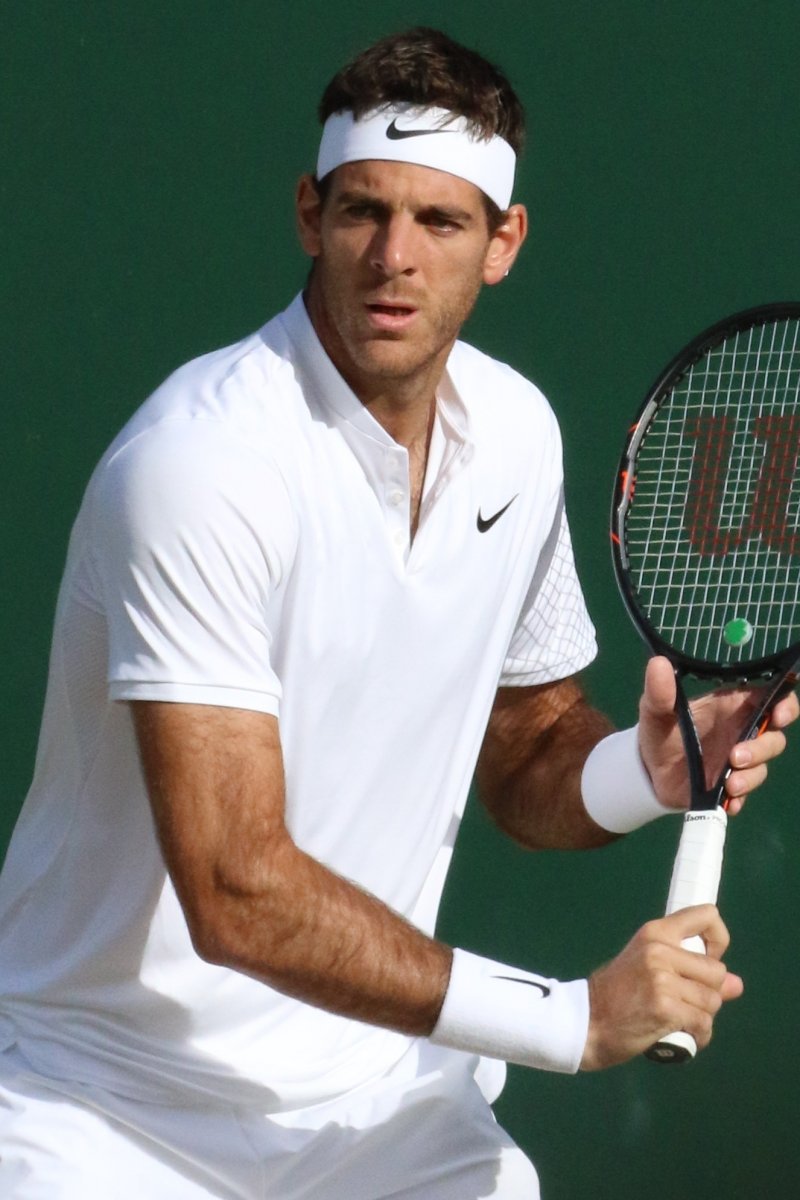 Juan Martín del Potro, Argentinian tennis player
Juan Martín del Potro (Spanish pronunciation: [xwan maɾˈtin del ˈpotɾo]) (born 23 September 1988) is an Argentine professional tennis player. Del Potro's biggest achievement is a Grand Slam title: the 2009 US Open, where he defeated Rafael Nadal in the semifinals and the five-time defending champion Roger Federer in the final. He became the first player to defeat both Federer and Nadal during the same major, and the only man outside the Big Three to win a major between the 2005 French Open and the 2012 Wimbledon Championships, a span of 30 tournaments. Other career highlights include reaching the 2018 US Open final, winning the bronze medal in men's singles at the 2012 London Olympics and the silver medal at the 2016 Rio Olympics, winning Indian Wells Masters in 2018, and being part of his country's successful Davis Cup team in 2016; but his career has also been hampered by a succession of wrist and knee injuries.

Del Potro achieved a top-10 ranking by the ATP for the first time on 6 October 2008. In January 2010, he reached a ranking of world No. 4, after which he withdrew from most of the season due to a right wrist injury.

In 2016, del Potro led Argentina to its first ever Davis Cup victory by defeating Croatia's Marin Čilić in the final from two sets down. He reached his first major semifinal in four years by defeating Federer in the quarterfinals of the 2017 US Open. In 2018, he won his first Masters 1000 title at the Indian Wells Masters, defeating the defending champion and world No. 1 Federer in the final. After reaching the semifinals of the 2018 French Open, he matched his career-high ranking of No. 4. In August 2018, he achieved the world No. 3 ranking for the first time. At the 2018 US Open, he reached his second Grand Slam final, where he lost to Novak Djokovic. Del Potro did not play between June 2019 and February 2022 because of struggling with a knee injury, and has suggested he may retire in 2022 as a result.