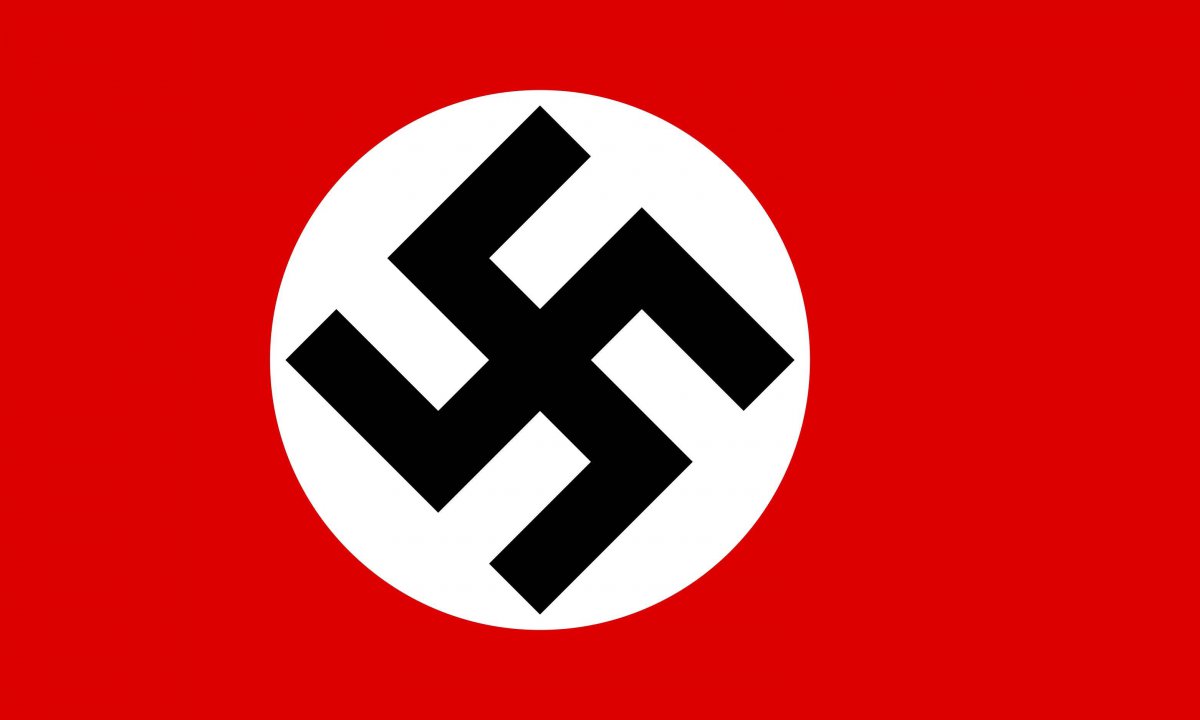 The Italian Social Republic (Italian: Repubblica Sociale Italiana, pronounced [repubblika sotale italjana]; RSI), known as the National Republican State of Italy (Italian: Stato Nazionale Repubblicano d'Italia, SNRI) prior to December 1943 but more popularly known as the Republic of Sal (Italian: Repubblica di Sal [repubblika di sal]), was a German puppet state with limited recognition that was created during the later part of World War II, that existed from the beginning of the German occupation of Italy in September 1943 until the surrender of German troops in Italy in May 1945. The German occupation triggered widespread national resistance against them and the Italian Social Republic, leading to the Italian Civil War.

The Italian Social Republic was the second and last incarnation of the Italian Fascist state, led by Benito Mussolini and his reformed anti-monarchist Republican Fascist Party. The newly-founded state declared Rome its capital but was de facto centred on Sal (hence its colloquial name), a small town on Lake Garda, near Brescia, where Mussolini and the Ministry of Foreign Affairs were headquartered. The Italian Social Republic nominally exercised sovereignty in Northern and Central Italy, but was largely dependent on German troops to maintain control.

In July 1943, after the Allies had pushed Italy out of North Africa and subsequently invaded Sicily, the Grand Council of Fascismwith the support of King Victor Emmanuel IIIoverthrew and arrested Mussolini. The new government began secret peace negotiations with the Allied powers. When the Armistice of Cassibile was announced 8 September, Nazi Germany was prepared and quickly intervened. German troops seized control of the northern half of Italy, freed Mussolini, and brought him to the German-occupied area to establish a satellite regime. The Italian Social Republic was proclaimed on 23 September 1943. Although the RSI claimed sovereignty over most of the Italian Peninsula, its de facto jurisdiction only extended to a vastly reduced portion of the country. The RSI received diplomatic recognition only from the Axis powers and their satellite states. Finland and Vichy France, while being in the German orbit, did not recognize it. Unofficial relations were maintained with Argentina, Portugal, Spain and, through commercial agents, Switzerland. The Vatican City did not recognize the RSI.

Around 25 April 1945, nineteen months after its founding, the RSI all but collapsed. In Italy, the day is known as Liberation Day (festa della liberazione). On that day, a general partisan uprising, alongside the efforts of Allied forces during their final offensive in Italy, managed to oust the Germans from Italy almost entirely. On 27 April, Italian partisans caught Mussolini, his mistress (Clara Petacci), several RSI ministers, and several other Italian Fascists, while they were attempting to flee. On 28 April, the partisans shot and killed Mussolini and most of the other captives, including Petacci. The RSI Minister of Defense Rodolfo Graziani surrendered what was left of the Italian Social Republic on 1 May, one day after the German forces in Italy capitulated.

Nazi Germany, officially known as the German Reich from 1933 until 1943, and the Greater German Reich from 1943 to 1945, was the German state between 1933 and 1945, when Adolf Hitler and the Nazi Party controlled the country, transforming it into a dictatorship. Under Hitler's rule, Germany quickly became a totalitarian state where nearly all aspects of life were controlled by the government. The Third Reich, meaning "Third Realm" or "Third Empire", alluded to the Nazi claim that Nazi Germany was the successor to the earlier Holy Roman Empire (800–1806) and German Empire (1871–1918). The Third Reich, which Hitler and the Nazis referred to as the Thousand Year Reich, ended in May 1945 after just 12 years, when the Allies defeated Germany, ending World War II in Europe.

On 30 January 1933, Hitler was appointed chancellor of Germany, the head of government, by the president of the Weimar Republic, Paul von Hindenburg, the head of state. The Nazi Party then began to eliminate all political opposition and consolidate its power. Hindenburg died on 2 August 1934 and Hitler became dictator of Germany by merging the offices and powers of the chancellery and presidency. A national referendum held 19 August 1934 confirmed Hitler as sole Führer (leader) of Germany. All power was centralised in Hitler's person and his word became the highest law. The government was not a coordinated, co-operating body, but a collection of factions struggling for power and Hitler's favour. In the midst of the Great Depression, the Nazis restored economic stability and ended mass unemployment using heavy military spending and a mixed economy. Using deficit spending, the regime undertook a massive secret rearmament program, forming the Wehrmacht (armed forces), and constructed extensive public works projects, including the Autobahnen (motorways). The return to economic stability boosted the regime's popularity.

Racism, Nazi eugenics, and especially antisemitism, were central ideological features of the regime. The Germanic peoples were considered by the Nazis to be the master race, the purest branch of the Aryan race. Discrimination and the persecution of Jews and Romani people began in earnest after the seizure of power. The first concentration camps were established in March 1933. Jews and others deemed undesirable were imprisoned, and liberals, socialists, and communists were murdered, imprisoned, or exiled. Christian churches and citizens that opposed Hitler's rule were oppressed and many leaders imprisoned. Education focused on racial biology, population policy, and fitness for military service. Career and educational opportunities for women were curtailed. Recreation and tourism were organised via the Strength Through Joy program, and the 1936 Summer Olympics showcased Germany on the international stage. Propaganda Minister Joseph Goebbels made effective use of film, mass rallies, and Hitler's hypnotic oratory to influence public opinion. The government controlled artistic expression, promoting specific art forms and banning or discouraging others.

From the latter half of the 1930s, Nazi Germany made increasingly aggressive territorial demands, threatening war if these were not met. The Saarland voted by plebiscite to rejoin Germany in 1935, and in 1936 Hitler sent troops into the Rhineland, which had been de-militarized after World War I. Germany seized Austria in the Anschluss of 1938, and demanded and received the Sudetenland region of Czechoslovakia in that same year. In March 1939, the Slovak state was proclaimed and became a client state of Germany, and the German Protectorate of Bohemia and Moravia was established on the remainder of the occupied Czech Lands. Shortly after, Germany pressured Lithuania into ceding the Memel Territory. Germany signed a non-aggression pact with the Soviet Union and invaded Poland on 1 September 1939, launching World War II in Europe. By early 1941, Germany and its European allies in the Axis powers controlled much of Europe. Extended offices of the Reichskommissariat took control of Nazi-conquered areas and a German administration was established in the remainder of Poland. Germany exploited the raw materials and labour of both its occupied territories and its allies.

Genocide, mass murder, and large-scale forced labour became hallmarks of the regime. Starting in 1939, hundreds of thousands of German citizens with mental or physical disabilities were murdered in hospitals and asylums. Einsatzgruppen paramilitary death squads accompanied the German armed forces inside the occupied territories and conducted the genocide of millions of Jews and other Holocaust victims. After 1941, millions of others were imprisoned, worked to death, or murdered in Nazi concentration camps and extermination camps. This genocide is known as the Holocaust.

While the German invasion of the Soviet Union in 1941 was initially successful, the Soviet resurgence and entry of the United States into the war meant that the Wehrmacht lost the initiative on the Eastern Front in 1943 and by late 1944 had been pushed back to the pre-1939 border. Large-scale aerial bombing of Germany escalated in 1944 and the Axis powers were driven back in Eastern and Southern Europe. After the Allied invasion of France, Germany was conquered by the Soviet Union from the east and the other Allies from the west, and capitulated in May 1945. Hitler's refusal to admit defeat led to massive destruction of German infrastructure and additional war-related deaths in the closing months of the war. The victorious Allies initiated a policy of denazification and put many of the surviving Nazi leadership on trial for war crimes at the Nuremberg trials.