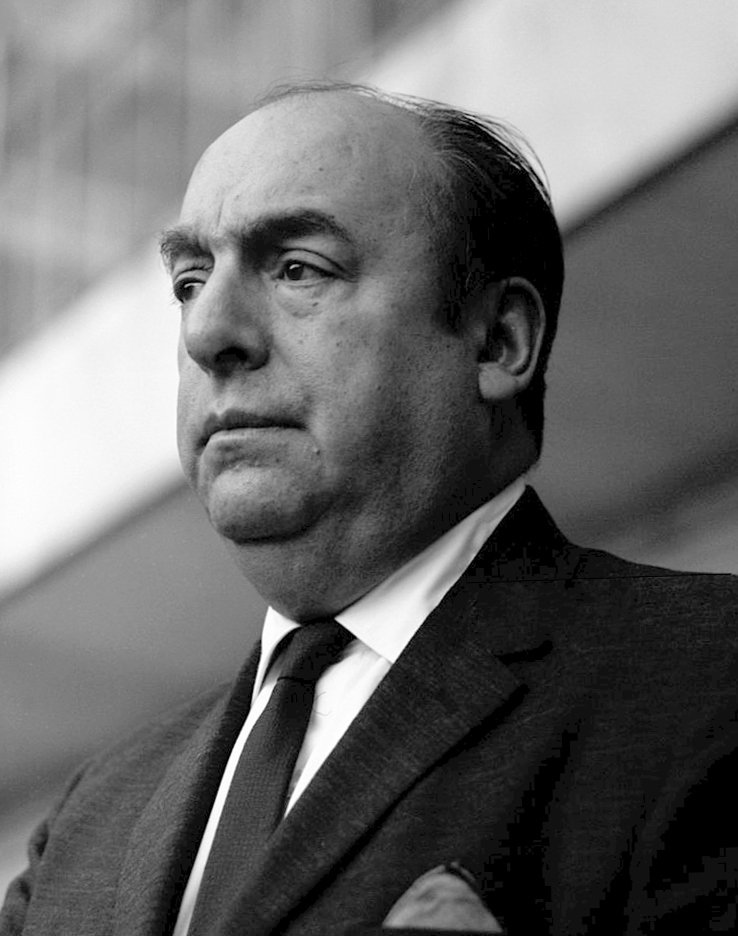 Pablo Neruda, Chilean poet and diplomat, Nobel Prize laureate (b. 1904)
Ricardo Eliécer Neftalí Reyes Basoalto (12 July 1904 – 23 September 1973), better known by his pen name and, later, legal name Pablo Neruda (; Spanish: [ˈpaβlo neˈɾuða]), was a Chilean poet-diplomat and politician who won the Nobel Prize for Literature in 1971. Neruda became known as a poet when he was 13 years old, and wrote in a variety of styles, including surrealist poems, historical epics, overtly political manifestos, a prose autobiography, and passionate love poems such as the ones in his collection Twenty Love Poems and a Song of Despair (1924).

Neruda occupied many diplomatic positions in various countries during his lifetime and served a term as a Senator for the Chilean Communist Party. When President Gabriel González Videla outlawed communism in Chile in 1948, a warrant was issued for Neruda's arrest. Friends hid him for months in the basement of a house in the port city of Valparaíso, and in 1949 he escaped through a mountain pass near Maihue Lake into Argentina; he would not return to Chile for more than three years. He was a close advisor to Chile's socialist President Salvador Allende, and, when he got back to Chile after accepting his Nobel Prize in Stockholm, Allende invited him to read at the Estadio Nacional before 70,000 people.Neruda was hospitalized with cancer in September 1973, at the time of the coup d'état led by Augusto Pinochet that overthrew Allende's government, but returned home after a few days when he suspected a doctor of injecting him with an unknown substance for the purpose of murdering him on Pinochet's orders. Neruda died in his house in Isla Negra on 23 September 1973, just hours after leaving the hospital. Although it was long reported that he died of heart failure, the Interior Ministry of the Chilean government issued a statement in 2015 acknowledging a Ministry document indicating the government's official position that "it was clearly possible and highly likely" that Neruda was killed as a result of "the intervention of third parties". However, an international forensic test conducted in 2013 rejected allegations that he was poisoned. It was concluded that he was suffering from prostate cancer. Pinochet, backed by elements of the armed forces, denied permission for Neruda's funeral to be made a public event, but thousands of grieving Chileans disobeyed the curfew and crowded the streets.

Neruda is often considered the national poet of Chile, and his works have been popular and influential worldwide. The Colombian novelist Gabriel García Márquez once called him "the greatest poet of the 20th century in any language", and the critic Harold Bloom included Neruda as one of the writers central to the Western tradition in his book The Western Canon.