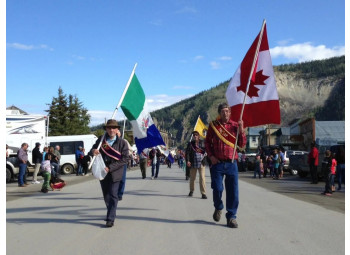 Discovery Day is a public holiday in Yukon, Canada, which commemorates the discovery of gold in Bonanza Creek, Dawson City in 1896. It typically falls on the third Monday of August, replacing the Civic holiday, and it is quite different from Newfoundland and Labrador’s Discovery Day.

Multifarious activities and celebratory events are held across various cities in Yukon, such as Dawson City, where the gold was discovered; Whitehorse, which is Yukon’s capital; and Watson Lake, which is limned the “gateway to Yukon recreation”. These events include watching historical street theatre, golf tournaments, and fun runs. Not to mention, Discovery Day is a great opportunity for people visiting Dawson City to photograph the Royal Canadian Mounted Police –officially known as Mounties– in their uniform.

The next occurrence of Discovery Day (Yukon) is marked in red