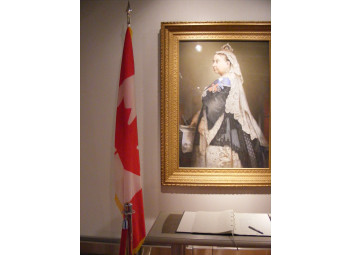 Victoria Day is a Canadian holiday named after Queen Victoria, and is celebrated on the Monday prior to the 25th of May in 10 provinces. The weekend of Victoria Day is regarded as the unofficial end of winter, where gardeners start planting crops; recreational home owners start preparing their homes which are located in the colder parts of the country for the summer season; and various amusement parks open up in preparation of summer.

The festivities of the day are comprised of fireworks display –most notably in Toronto and Hamilton– and parades, where one of the most prominent parades is held in British Columbia, more precisely, in the city of Victoria.

The next occurrence of Victoria Day is marked in red