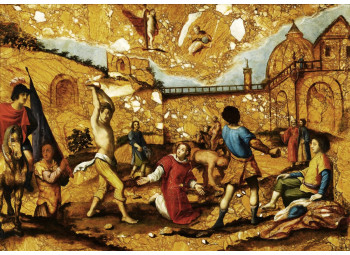 Christians have a special day called Saint Stephen’s Day, which memorializes the first Christian martyr, Saint Stephen. The day is celebrated on different days according to each Christian denomination – falling on the 26th of December in the Latin Church, and the 27th of December in the Eastern Orthodox Church; adhering to the Julian calendar, which coincides with the 9th of January on the Gregorian calendar. Whereas in Latin Christianity, St. Stephen’s Day is the second day of Christmastide.

The next occurrence of Saint Stephen's Day is marked in red