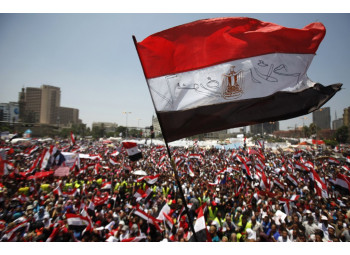 On the 30th of June of 2013, protesters gathered to overthrow the Egyptian President Mohamed Morsi –the first elected president following the January 25 Revolution in 2011– exactly one year after the commencement of his presidency. The mass protests were response to Tamarod, a petition which claims to have foregathered more than 29 million signatures, and was instigated in April of the same year; demanding the immediate demission of Morsi and his government. The uprising led to a coup d’état by the Egyptian military to conform to the protesters’ clamors. The Egyptian military posited that the June 30 Uprising was the biggest demonstration in the history of Egypt; amassing approximately 32 million protesters. The aforementioned statement was based on the numbers of protesters scanned by helicopters all-over Egypt. Nonetheless, many have rebutted this proclamation; suggesting that the number of protesters in the June 30 Uprising against President Morsi is widely exaggerated. A statistical expert study apropos the June 30 mass assembly imparted that the number of protesters throughout Egypt barely exceeded one million.