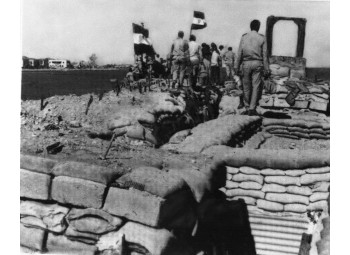 The Sinai Liberation Day is an Egyptian holiday that falls annually on the 25th of April. It marks the liberation of Sinai from Israeli dominion in 1982, following the international peace treaty that settled diplomatic disputes in 1979. Egyptians on this day typically honor the demise of Egyptian soldiers who sacrificed their souls to recover the land of Sinai from occupation. Moreover, this day celebrates the beauty of Sinai, which is a popular destination for both Egyptians and foreign tourists; due to the presence of various touristic cities along the coast of the Red Sea.

The next occurrence of Sinai Liberation Day is marked in red