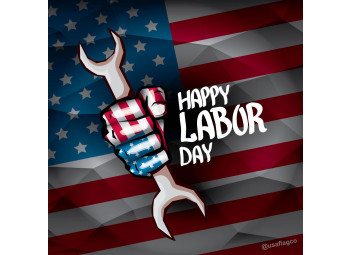 Labor Day is a federal holiday in the United States that is dedicated to honoring the contribution of American workers in prospering and strengthening the country. It is typically celebrated annually on the first Monday in September.

Historically, Labor Day was instigated in the late 19th century by the trade union in an endeavor to commemorate workers. Shortly after that, the Central Labor Union and the Knights of Labor endorsed Labor Day by arranging a parade in the city of New York. In 1887, Labor Day was declared as an official holiday in the state of Oregon – making history as the very first state to recognize Labor Day. It was not until 1894, however, that Labor Day officially became a federal holiday across the entire country.

The next occurrence of Labor Day (September) is marked in red