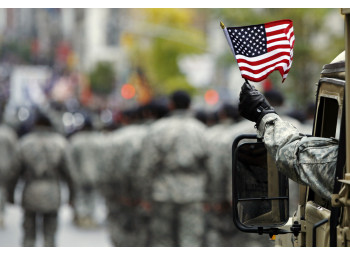 On the 11th of November of every year, Americans celebrate Veterans Day, which is an official public holiday in the United states. The day is dedicated to the military veterans who served in the Armed Forces of the United States. Veterans Day falls on the same day as Armistice Day and Remembrance Day, which are public holidays in several countries; celebrating the armistice with Germany during World War I, where egregious hostilities were ceased. Veterans Day was originally celebrated as Armistice Day in the United States, until major veteran organizations requested it to be renamed to Veterans Day in 1954.

The next occurrence of Veterans Day is marked in red