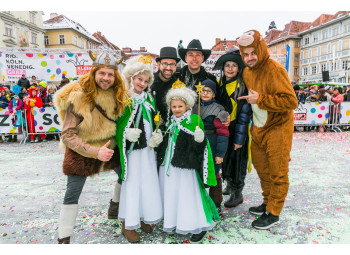 Carnival is an annual festival that is celebrated in Western Christian and Greek Orthodox countries. It typically falls during the week prior to Lent, and it is usually observed outdoors with an assortment of festivities, including dancing, music, and processions.

The festival is celebrated differently according to each region, accompanied by a different name and duration. For instance, it is referred to as Fasnet in Swabia; Fasching in Bavaria and Austria; and Fosnat in Franconia.

The next occurrence of Fasching is marked in red