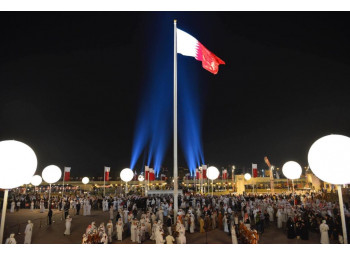 The National Day of Qatar is a holiday which celebrates the unification of the Qatari peninsula under the reign of Sheikh Jassim bin Mohammed Al Thani –also known as The Founder– in 1878. Formerly, the day was observed on the 3rd of September, coinciding with the Qatari Independence Day. However, in 2007, Crown Prince Tamim bin Hamad Al Thani issued a dictum that changed the observance day to the 18th of December; to correspond with the day of unification.