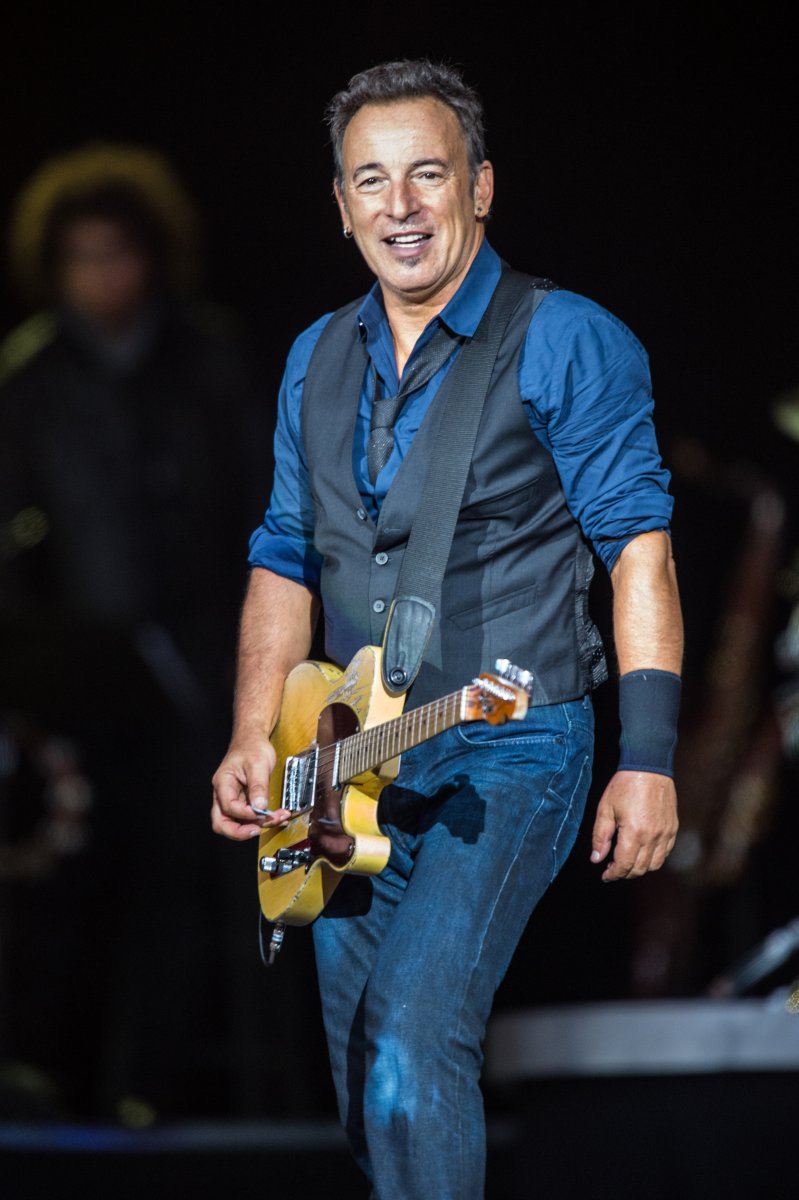 Bruce Springsteen, American singer-songwriter and guitarist
Bruce Frederick Joseph Springsteen (born September 23, 1949) is an American singer, songwriter, and musician. He has released twenty studio albums, many of which feature his backing band the E Street Band. Originally from the Jersey Shore, he is one of the originators of the heartland rock style of music, combining mainstream rock musical style with narrative songs about working class American life. During a career that has spanned six decades, Springsteen has become known for his poetic, socially conscious lyrics and energetic stage performances, sometimes lasting up to four hours in length. He has been nicknamed "the Boss".Springsteen released his first two albums, Greetings from Asbury Park, N.J. and The Wild, the Innocent & the E Street Shuffle in 1973, both of which failed to earn him a large audience. He changed his style and reached worldwide popularity with Born to Run in 1975. It was followed by Darkness on the Edge of Town (1978) and The River (1980), which topped the US Billboard 200 chart. His first album without the E Street Band was Nebraska (1982). Born in the U.S.A. (1984), which reunited Springsteen with the E Street Band, became his most commercially successful album and one of the best-selling albums of all time. Seven of its singles reached the top 10 of the Billboard Hot 100, including the well-known title track. Springsteen recorded his next three albums, Tunnel of Love (1987), Human Touch (1992), and Lucky Town (1992) using mostly session musicians. He re-assembled the E Street Band for 1995's Greatest Hits and The Ghost of Tom Joad. His last release of the 1990s was the EP Blood Brothers (1996).

Springsteen dedicated his 2002 album The Rising to the victims of the September 11 attacks. Springsteen released two more folk albums, Devils & Dust (2005) and We Shall Overcome: The Seeger Sessions (2006), followed by two more albums with the E Street Band: Magic (2007) and Working on a Dream (2009). His next two albums, Wrecking Ball (2012) and High Hopes (2014), topped album charts worldwide. His latest releases include the solo Western Stars (2019) and E Street Band-featuring Letter to You (2020).

Among the album era's prominent acts, Springsteen has sold more than 150 million records worldwide and more than 64 million albums in the United States, making him one of the world's best-selling music artists. He has earned numerous awards for his work, including 20 Grammy Awards, two Golden Globes, an Academy Award, and a Special Tony Award (for Springsteen on Broadway). Springsteen was inducted into both the Songwriters Hall of Fame and the Rock and Roll Hall of Fame in 1999, received the Kennedy Center Honors in 2009, named MusiCares person of the year in 2013, and awarded the Presidential Medal of Freedom by President Barack Obama in 2016. He is ranked 23rd on Rolling Stone's list of the Greatest Artists of All Time.