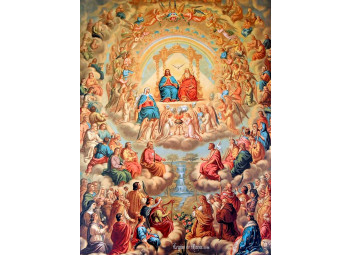 Christians have a special festival yclept All Saints’ Day, which is commemorated in honor of all the saints. It is habitually celebrated on the first day of November in many western churches, such as the Roman Catholic; and Protestant churches, including the Methodist, the Anglican, and the Lutheran churches. On the other hand, All Saints’ Day is held on the first Sunday following Pentecost by eastern churches, including the Eastern Orthodox Church, cognate Catholic churches due east, and the Byzantine Lutheran churches. Whereas the Oriental Orthodox churches of Chaldea celebrate it on the first Friday subsequent to Easter, along with other Eastern Catholic churches.

The next occurrence of All Saints' Day is marked in red