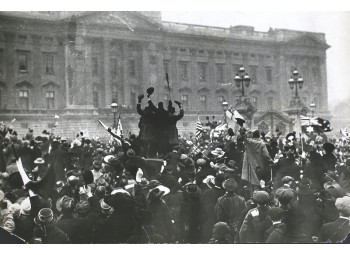 Armistice Day falls annually on the 11th of November. It marks the armistice signed near Compiègne, France on the same day in 1918 at 5:45 am – a truce betwixt the Allies and their opponent, Germany, during World War I to cease all hostilities. The armistice commenced on the “eleventh hour of the eleventh day of the eleventh month”. However, US intelligence officer Thomas R. Gowenlock divulged that the cessation of hostilities did not commence until nightfall, with cannonading from both sides on the hours leading to nightfall.

The armistice had to be extended several times subsequent to its initial expiration period of 36 days, until a formal peace covenant was reached upon the signing of the Treaty of Versailles the following year.

The next occurrence of Armistice Day is marked in red