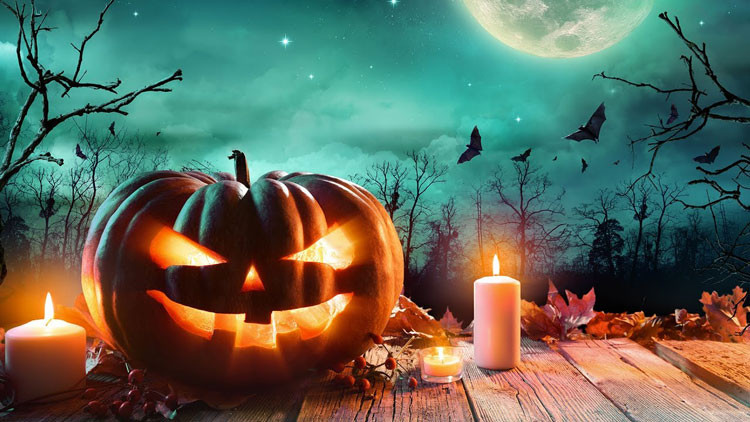 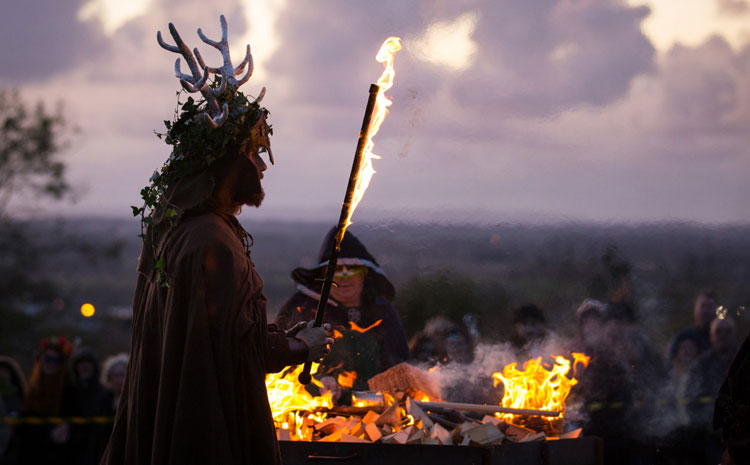 The tradition can be traced back to the Celts, Celts are the peoples that settled France, Britain, and Ireland, and before the spread of Christianity in Europe, Celts were pagans that celebrated the end harvest season in this period.

Other explanations suggest that one of the pagan Celtic holidays, Samhain, was tied to the beginning of winter, as the night begins to increase and the temperature begins to drop. Celts believed that the sun god is captured by the god of darkness on the thirty-first of October and that souls roam freely that night.

After the spread of Christianity, the church choose to celebrate All Saint's Day on the first of November and is preceded by the night of All Saints "All Hallows' Eve", which turned to Halloween by combining the words "Hallow + evening". When Christianity replaced Celtic paganism, popular beliefs continued in one way or another, and the populace adopted the Christian festivals with a pagan spirit.

Origins of the celebration date back to the Irish immigrants to the United States in the nineteenth century, these immigrants carried their traditions and festive stories on this day, such as the story of "Jack-o'-lantern," who was lazy thug spends his time drinking and stealing and when Jack died he couldn't to enter Paradise nor did he fall into hell, he was sentenced to homelessness and wondering and was given a piece of burning coal to not go astray in the dark, now lanterns of pumpkins carving face and put a candle inside to symbolize the story of Jack.

It is a common custom in Halloween for people to wear costumes, the origin of which is also to be found in Celtic festivals. The Celts believed that this concealed their identity from the evil spirits roaming freely in the night. Often, people wear horror-inspired costumes such as vampires or ghosts, recently, superheroes costumes like Batman and Superman are widely popular. 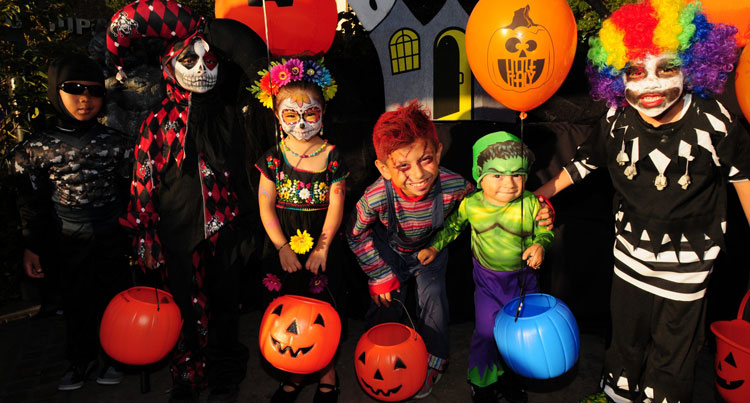 For children in Halloween, this is the most important tradition, where children dress in their costumes and head to neighbors' homes to ask: trick or treat? The question means will you give me candy or should I trick you. Residents of the house prepare a large amount of candy to be distributed to the children who come to visit them.

The origins of this tradition are very ancient and may precede all Halloween traditions, where the Greek historian Athenaeus mentions a similar tradition in the island of Rhodes where children disguise as swallows and then go door-to-door to the houses and sing a song asking the owner to give them food or else they will harm him, this tradition seems to be started by the Cleopoulos in the sixth century BC.

Halloween around the world 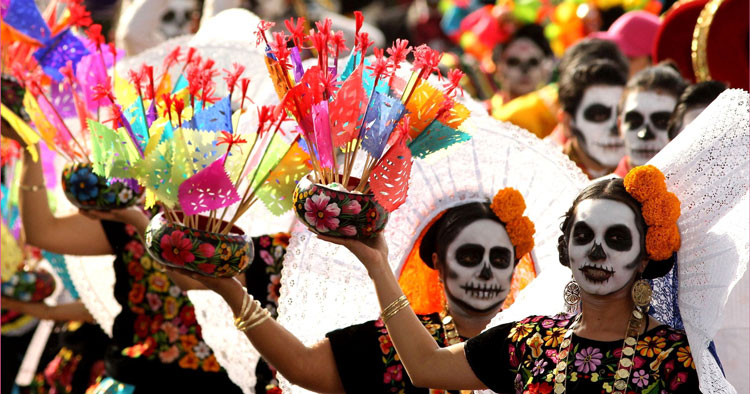 Halloween is celebrated in different countries, most of which follow the American model, but some communities have special rituals. In Austria, for example, some leave bread, water, and a lantern on the table for visiting spirits before going to sleep. In China, food and drink are placed in front of the images of the dead. In the Czech Republic chairs are set for family members to sit around the fire with chairs for the deceased are reserved.

In Ireland, revelers play games where they try to pick apples or other fruits from a basin filled with water using only their mouths. The Irish also gather to watch fireworks, and children in Italy wake up to find gifts from their deceased ancestors.

In South America and Mexico, the celebration is extravagant, where altars are made in homes and decorated with flowers, candy, and the dead relatives' food; also the graves are cleaned and painted.

Halloween spread rapidly due to the enormous American media power causing people to celebrate Halloween in places that did not know this holiday before, and in other countries where celebrations were held in traditional manners, more and more of their traditions are replaced by American-styled parties in Halloween featuring items like pumpkin candy, apple pies, and costume parties.

The presence of Halloween on television is evident, The Simpsons series, for example, made a special episode on Halloween every season, and most of the famous TV series followed suit. But cinema was the real place where Halloween shone, with dozens of films produced on the occasion and the approaching Halloween date heralded a new wave of horror films, most notably the "Halloween" series of 11 films in which an evil criminal butcher his victims using a kitchen knife.