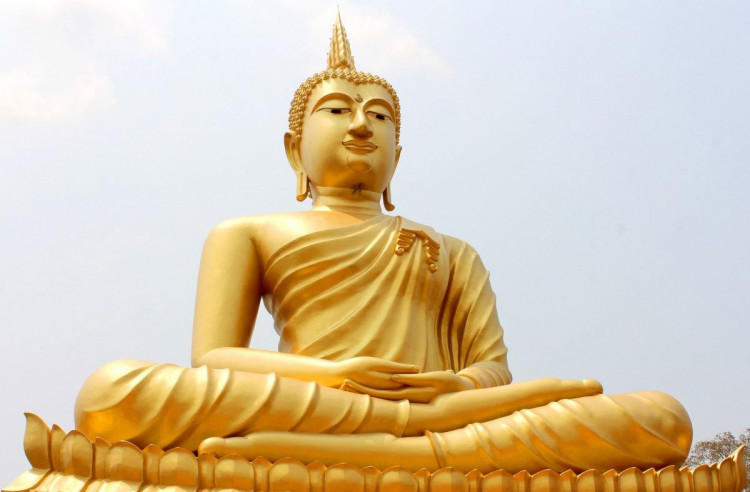 Buddhism is attributed to its founder Prince Siddhartha Gautama. The prince was born in the town of Lumbini, currently in the Republic of Nepal, and lived in his youth a life of luxury and married at the age of sixteen. When his mother was pregnant, she saw in a dream of a great white elephant with six tusks had entered her right side, brahman monks explained that the child would be either a great king or a holy man. Siddhartha's father obviously did not want his son to be a monk; so, he did all he can to withheld the sight of the sick, and the elderly, and the dead from his son. The life of luxury and affluence was not satisfactory to the young prince and he did not feel that wealth and fortune were his goals in life.

When he was twenty-nine, Siddhartha went out of his palace for answers to his questions on life. On his journey, he saw an old man and his companion explained to him that all the people eventually get old and die at last. He also saw a diseased man, a decaying corpse, and an ascetic. These depressed him, and he initially strove to overcome ageing, sickness, and death by living the life of an ascetic and began his ascetic life by begging for alms in the street.

He then practiced yoga and meditation with some hermits. Siddharta excelled at meditation and found himself closer to his goal than he was when practicing austerity and harsh life. In one of his reflections under a fig tree, Prince Siddhartha was guided to the state of enlightenment he was seeking: that the path of salvation is the middle between austerity and affluence, and the one on the other. So, and he began preaching his teachings.

Buddhism shares many points in belief with Hinduism, where Buddhism recognizes the principle of reincarnation, however, Buddhism believes that those who do good in their lives are rewarded with a better life, and those who do evil will be punished in their next life with a difficult and miserable life.

Buddhist religious books were written 500 years after the death of Buddha but only scattered fragments from the original manuscripts survived the test of time. Known as Tipikata, these Buddhist books that contain original dialogues between Buddha and his disciples, organizational and moral lessons for monks, and deep philosophical and dogmatic discussions. 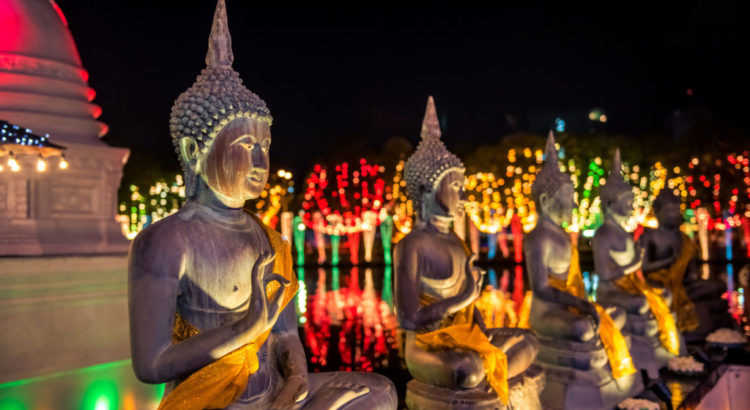 It is a great celebration of the birth, enlightenment, and death of the Buddha. Celebrated on the full moon of the month of Vesākha, usually April, May or June. Huge Buddhist conference has chosen this day to celebrate in 1950 in Sri Lanka.

In the celebration, Buddhists gather in front of the temples where they raise the Buddhist flag and sing hymns. Flowers, incense and candles are placed at the master's feet, and vegetarian food is consumed on this day in order not to harm any living being.

A large Buddhist festival celebrated on the full moon day of the third lunar month. The festival commemorates Buddha's meeting with his early 1250 disciples, who he gave a sermon and disclosed to them that he will die in three months.

Buddhists start by cleaning their homes thoroughly the day before, and spend the celebration day lighting candles, offering oblations and reading religious texts. It is considered a good practice to abstain from sexual misconduct, drinking alcohol, and eating anytime after noon. 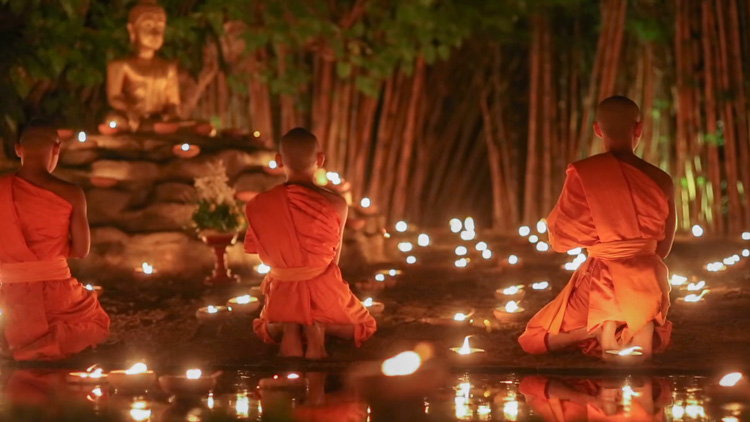 Held on the full moon of lunar month Āsādha. It commemorates the time Buddha met five of his disciples and briefed them on the path of salvation and enlightenment.

It is the custom in this holiday to light candles and lanterns and walk to temples and read hymns and listen to sermons and make offerings to priests.